Many people use the weekend as a reason to kick back and enjoy a few libations—unless you are the guy whose job is making the spirits that keep everyone in good spirits. Then, according to moonshiner Chuck Miller of Belmont Farm Distillery, you spend your Saturdays tending the still. “Oh yeah, I make a lot of moonshine all year long,” he said on a recent late-winter weekend afternoon, “but this time of year people drink more whiskey. I tell everybody, ‘It’s cheaper to buy moonshine than firewood.’”

Of course, dedication to his craft is nothing new to Miller. Credited with being the first man in the commonwealth—and the U.S.—to open up a distillery selling legal moonshine nearly 30 years ago, it’s obvious he doesn’t give up easily. He has spent plenty of time fighting to change liquor laws and opening doors for the growing number of moonshiners today. In fact, just days before speaking with Savor Virginia, he was in Richmond with 10 other distillers who went in front of the General Assembly to try to amend the law that prevents them from selling their products at events.

We consider ourselves lucky that Miller took the time to tell us a bit about his success and history with legal moonshine, offer thoughts on the growing craft distilling industry, and share some secrets of making a superior corn whiskey.

You have been recognized as the man behind legal moonshine. What was involved in getting the legislation passed for you to open Belmont Farm, the first legal moonshine distillery, back in 1988?
Yeah, I was the first guy in the United States. I actually started in 1986. Here’s the deal—I had the farm here, my wife and I had five kids, and the price of corn got pretty cheap. I needed to do something to get the income up on the farm. As a teenager, up until I went into the military, I worked with my grandfather, and he made some moonshine and sold a lot of it, but he didn’t get a license. So when I needed to get the income up on the farm, I thought, ‘I’m going to go ahead and make moonshine again, but I’m gonna get a license.’ I called the Bureau of Alcohol, Tobacco, Firearms and Explosives [ATF] and told them what I wanted to do. You know, they never had a request like that before. They thought about it for awhile and then said it would be legal. But since I was the first one, it took two years. I paved the way for everyone else because it hadn’t been done before.

So you must have encountered a lot of legal hurdles in the process?
Oh yeah, they had to have meetings, and I had to fill out all of these forms. They had to send agents down here to go over everything with me. Then after I built the still they had to come back and inspect it all again. And that was just on a federal level. Then I had the state level to deal with. They didn’t really know how to handle it either. They told me that if I ran an ad in the newspaper for a month and nobody objected then I could do it. Next I had to deal with the county, and I finally talked them into it. Then after you do all of that, you have to go back to the state and convince them to put it on the shelf. But we finally got it all done, a couple articles ran across the state about legal moonshine, and we started off with a bang. Here we are 30 years later, and it’s still a great seller.

How does it feel to have paved the way for so many “craft distillers” across the country making moonshine today?
Well, when I started a lot of people from the back woods, the country, knew about moonshine, and they bought it. But when you got to the big cities like Virginia Beach, Norfolk and the D.C. area, you didn’t sell so much. They weren’t familiar and always heard stories like it would make you go blind or that it was bad for you or something. I think those stories were made up by the ATF so people wouldn’t go buy illegal moonshine. That’s pretty much gone now, with lots of distillers in the state of Virginia and growing all of the time. It doesn’t take long now to get licensed—about 5 or 6 months. I was the first one and the only one for years. A lot of them model after what I do—they come here and see what I do and then go back and do it.

Elaborate a bit more about what you do. I know you use a genuine copper pot and grow all of your own grain for distilling. How does this contribute to the quality of your products, and what other secrets can you share?
We start right from the basics here. We grow our own corn—grind it here, malt it here, cook it here, ferment it here. Then it sits around for three or four days, and then off to the 3,000-gallon pot still. I think that’s still the biggest one in the United States. The secret is a combination of home-grown grains, doing all of the processing in-house and then the water. We were really lucky here with a limestone water, which is what you need to make the best whiskey. The calcium in the water acts like a catalyst for the yeast to convert the sugars into alcohol.

People may be quite surprised to learn that a moonshiner is so precise and scientific about the distilling process.
Yeah, well, if I’m putting a product on the shelf for consumers, I want to make sure the product is safe. The government does a lot of testing, and we do a lot of testing in-house and try to do the best job we can.

How does your reverse osmosis machine help create a smooth and high-quality moonshine?
After we use our nice well water to make the whiskey, you can’t use that same water to cut the whiskey because it has so many minerals in it, and alcohol will make the minerals precipitate out. The machine strips all of the minerals out of the water, so you come out with a pH of 7, and then when you mix that back in with the whiskey you have completely neutral, tasteless water and get to enjoy the full taste of the whiskey.

Speaking of tasting whiskey, what are some of your favorite products? Do you prefer your original Virginia Lightning Corn Whiskey or are you more of a Butterscotch Moonshine kind of guy?
I am a big fan of my original product. With some water and a twist of lime you can have a nice evening drink with that. Then if you had a bad day, you just take a shot. I do like the Apple Pie, and my wife likes the Cherry. As an after-dinner drink it comes in really nice.
What have been the most popular products with consumers?
The Virginia Lightning Corn Whiskey sells the best. People that drink moonshine, they want that hearty taste.

Have you introduced more flavored moonshines and other products like a rum and a vodka in the past few years to appeal to a wider audience and beat the competition that’s catering to the craft cocktail trend?
Yes, you know, back in the early years I had complete control of the market. There was no competition, and now there are about 2,000 distillers in the country. The flavored ones are easy to drink. You get that Apple Pie, and you are going to love it. They are easy to market. I saw that if we were going to grow, we’d have to come out with the other products.

Has your collaboration with Tim Smith from the Moonshiners reality television series contributed to the continual success of Belmont Farm?
I’ve known Tim now for about 20 years, and he’s always wanted to do something with me, but I was always scared to get too involved with him because he was making too much whiskey in the woods. So I told him, ‘You come clean, and we’ll get together and do something.’ So he did—he pulled out of the woods and got clean. He proved to everyone he had gone straight, and we got his whiskey on the shelf. He’s a great fella; everyone loves his whiskey. I make his Tim Smith’s Climax Moonshine for him. He comes by and helps but spends a lot of time on the road doing marketing. That product is in 32 states now.

Another big thing that’s helped your business—the law changed in 2014 to allow moonshine samples as part of distillery tours. I’m sure this has led to more interest and happier customers?
That’s really been great. You can get six different varieties, and you get a half shot of each. We get people lined up at the bar now.

Do you feel the craft distilling trend will continue to boom and more and more people will become interested in moonshine?
It’s hard to predict the future, but I can see we are running into trouble now. The ABC in Virginia, they only have about 360 stores or something, and there is only so much shelf space. You’ve all these distillers now and more coming on. At some point the ABC is going to start balking.

That said, what are your future plans for Belmont Farm—more product, more distribution?
We still want to expand. We are in the process of adding on another still now, more fermenters and everything. What we found out is that there is a demand for moonshine worldwide. We’ve got some on the shelf now in China, Germany and Holland and interest in Japan and Australia. I am pursuing all of these new countries.

Do you have plans to one day hand over your copper pot to the next master distiller?
Well, my wife and I had four boys and a girl, but I guess they worked here too much and too long because they all have other jobs, but my son-in-law, he likes making moonshine. He does most of the cooking and distilling now while I do the bottling and marketing.

Well that will be nice to keep things in the family when you do retire, but for now, you have had created quite the life and business for yourself.
I love my work, and it’s a neat feeling to make moonshine. You look at the corn out in the field, and then you look at the finished product sitting on the bar and think, ‘I made that. I turned all of that corn into something.’ You get really proud of your products and try to make them the best you can.

September 25, 2017
6 Of The Tastiest Ways To Eat Oysters In Virginia

6 Of The Tastiest Ways To Eat Oysters In Virginia

June 17, 2019
The Shack’s Ian Boden and Caromont Farm Team Up for a Farm Dinner 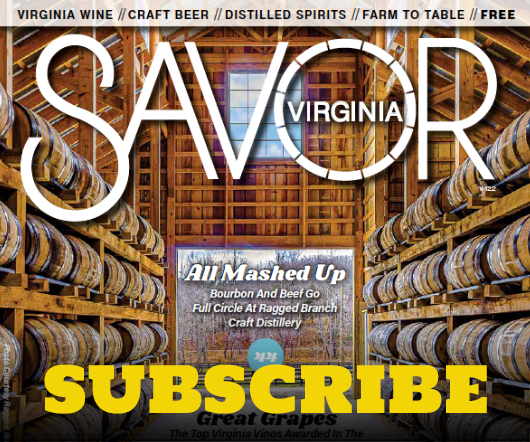