Thru Hike, one of Devils Backbone Brewing Company’s most notable event series, is making its second annual debut along the East Coast. The seven-day operation arrived to Virginia Beach, its fourth of six destinations, on Saturday, Aug. 11, just in time for Virginia Craft Beer Month. Nearly a dozen Devils Backbone representatives have settled throughout Norfolk and Virginia Beach for a week full of beer-centered events that strive to share the spirits and savors of Virginia’s Heartland with the coast.

The Devils Backbone family kicked off Thru Hike with an afternoon on the trails near The Mariners’ Museum and Park in Newport News before launching their Beer Trail Stop on Sunday. The Roseland-based brewery’s beers took over several taps and market shelves across the coastal community, making appearances at Mix It Up, Total Wine and other grocers throughout Virginia Beach, Chesapeake and Norfolk. 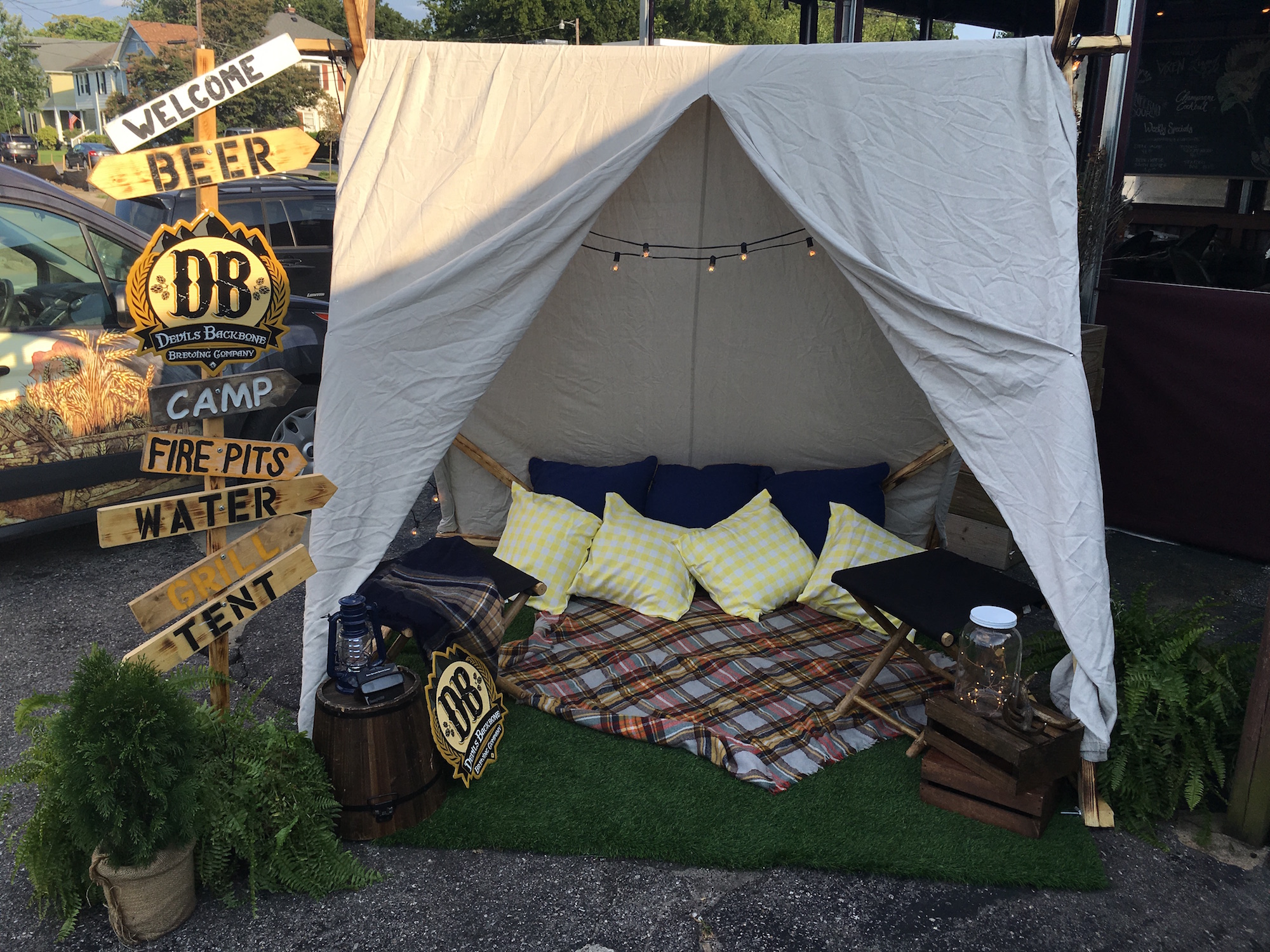 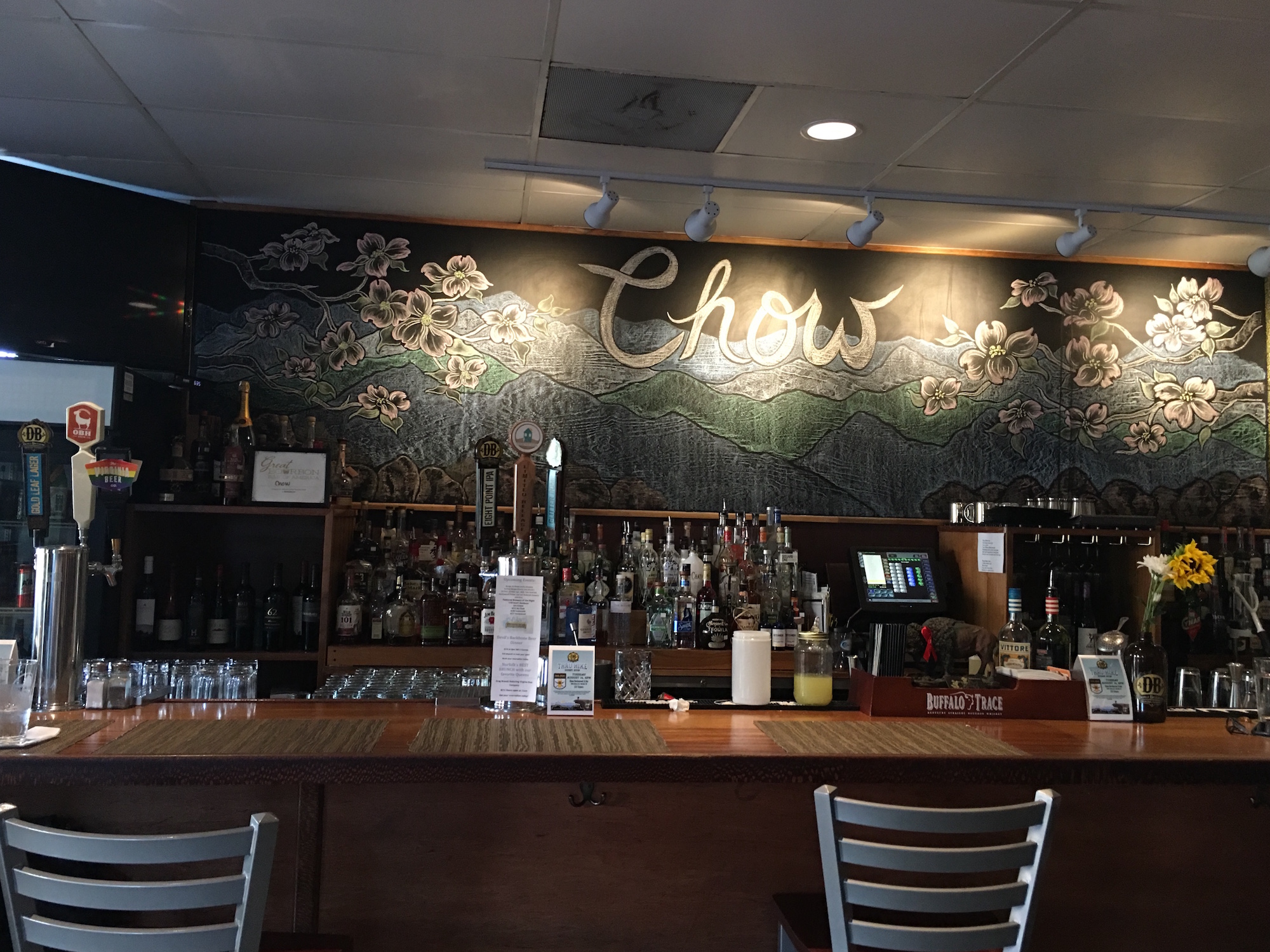 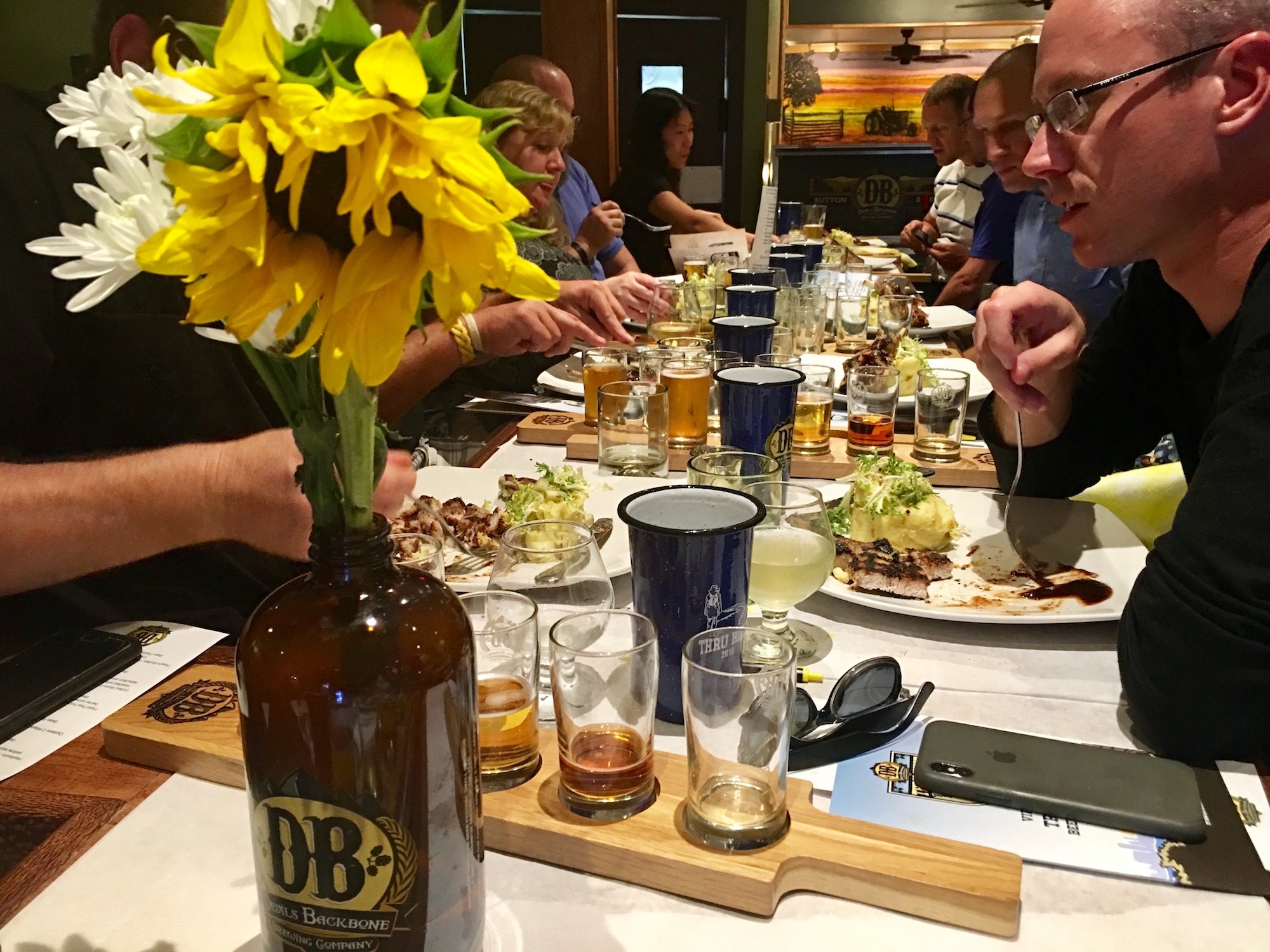 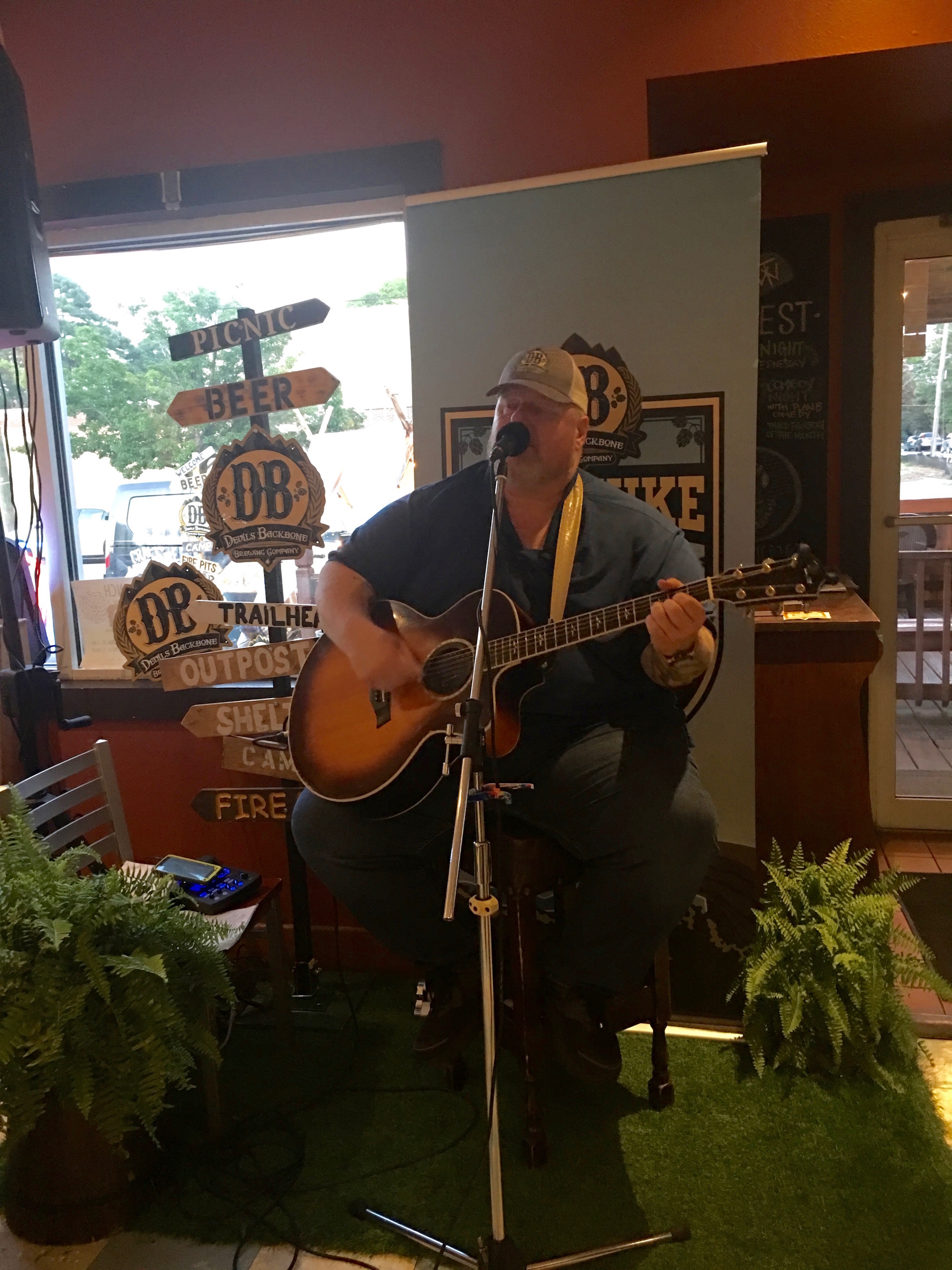 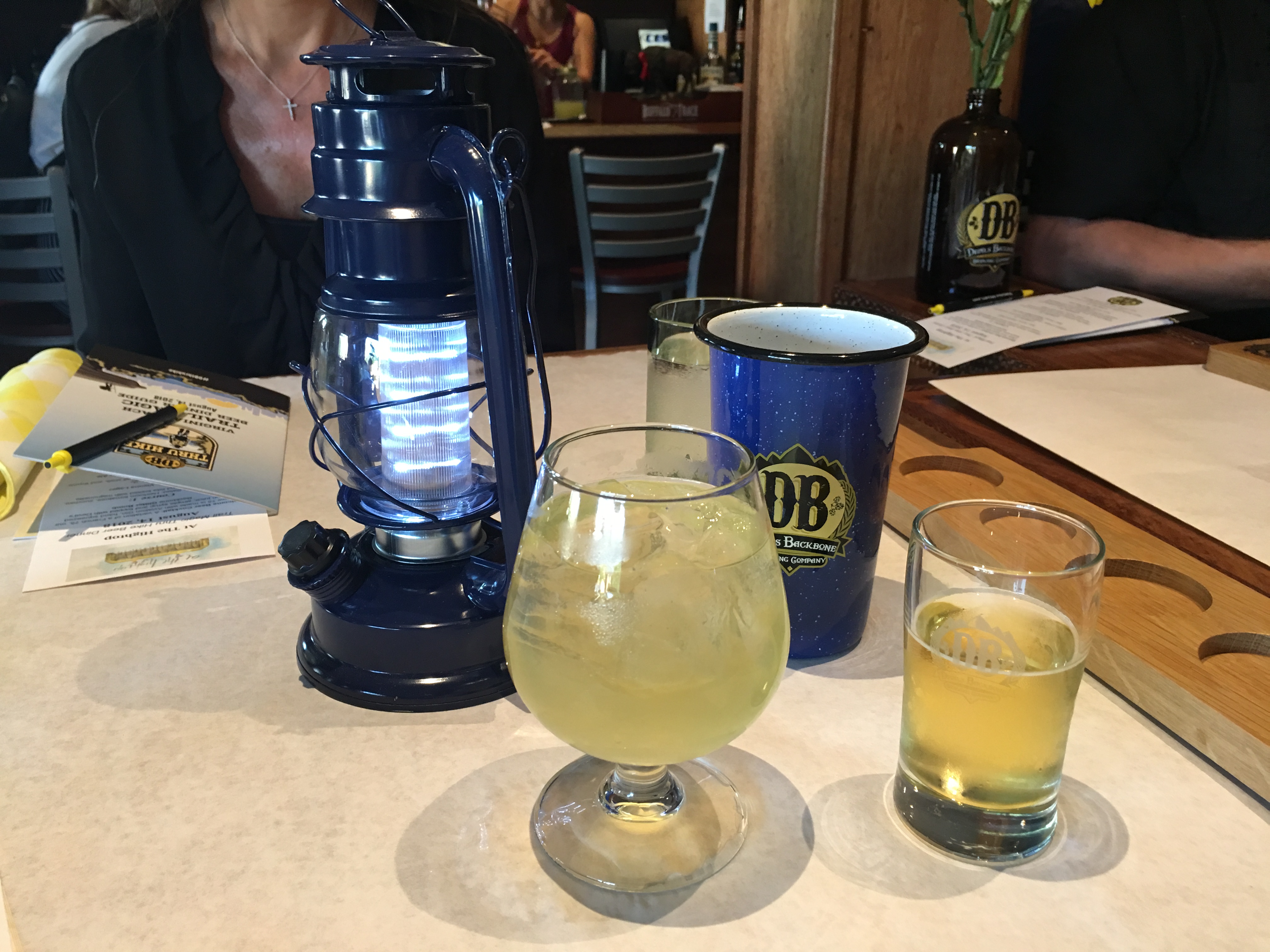 Poured first were Glitter Bomb, a sour ale brewed with Muscat grapes and white wine, and the handcrafted Chow 75, a refreshing beer cocktail made with Aviation Gin, hand squeezed lemon juice, simple syrup and topped with the zippy and tart Glitter Bomb.

An heirloom tomato salad was presented as the starter and was loaded with fresh, Virginia ingredients courtesy of Pungo’s Cromwell’s Produce, Hanover’s Kirby Farm and Fairfield’s Mountain View Farm. The sweet and acidic balance of the yellow and red tomatoes paired wonderfully with the malty and hoppy notes of Devils Backbone’s flagship brew, Vienna Lager. 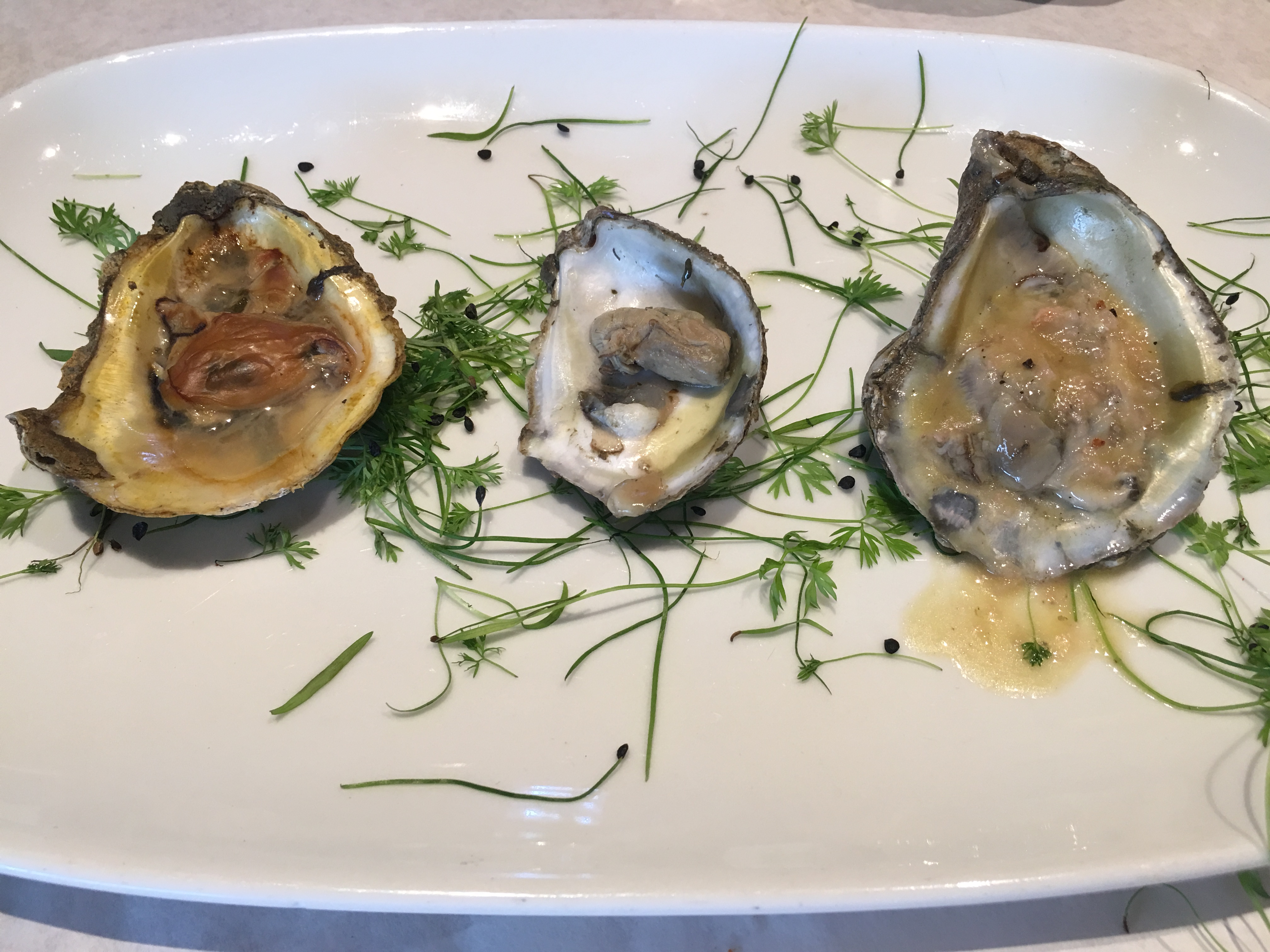 Up next were Chow’s Oysters 3 Ways, prepared smoked, on the half shell and thyme-butter poached. Served with the bivalves was a Striped Bass Pale Ale, a brew Oliver believes pairs well with the bounty of the bay and is best enjoyed on the water. Striped Bass is both light and crisp, boasting herbal and citrus notes from its unique blend of hops and malt varieties. 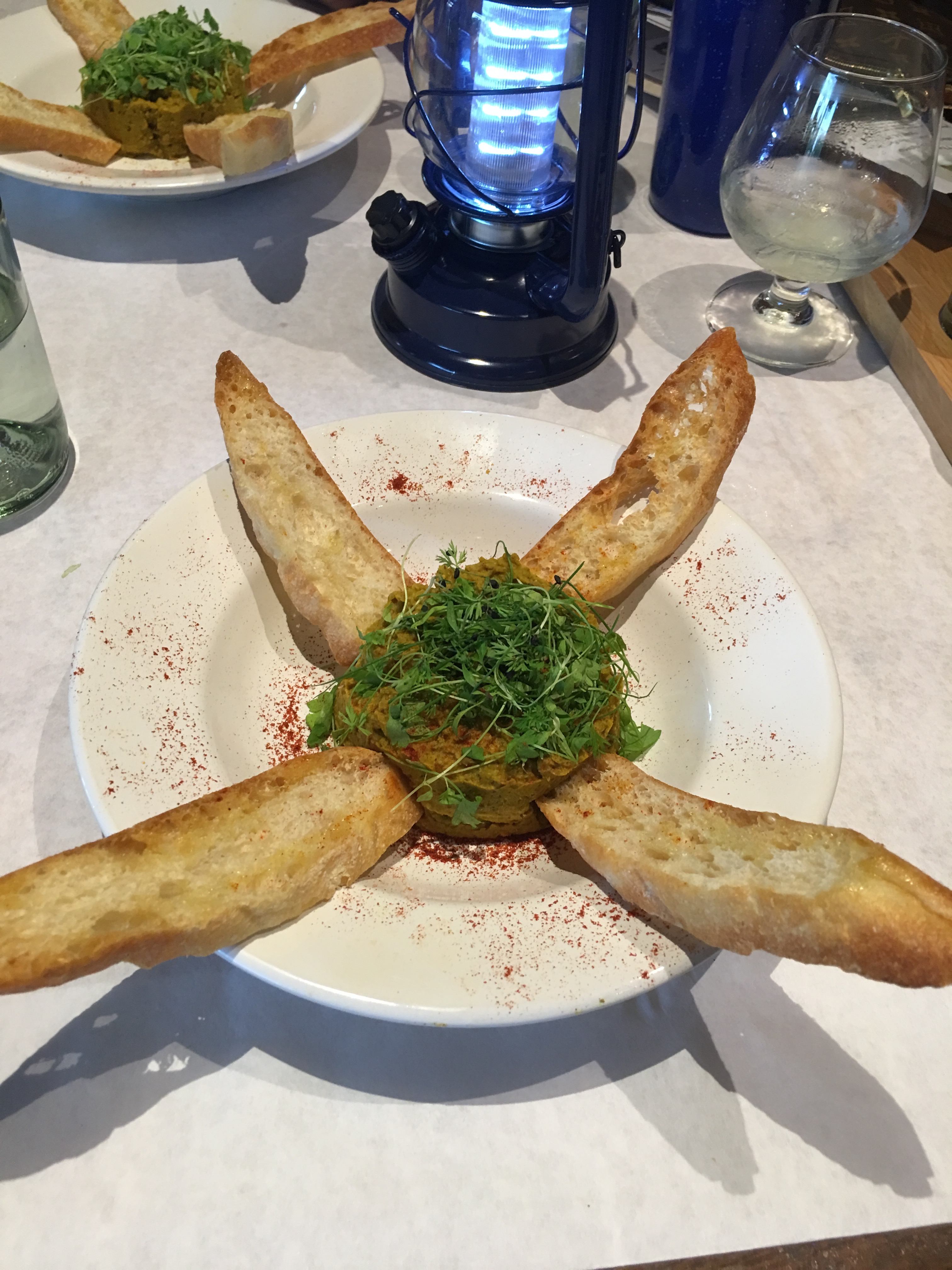 A hefty portion of field pea hummus arrived as the third course, along with the pale Gold Leaf Lager. The earthy savors from the peas and dash of zesty paprika were deliciously subdued by the malty tastes and crisp, clean finish of the lager. 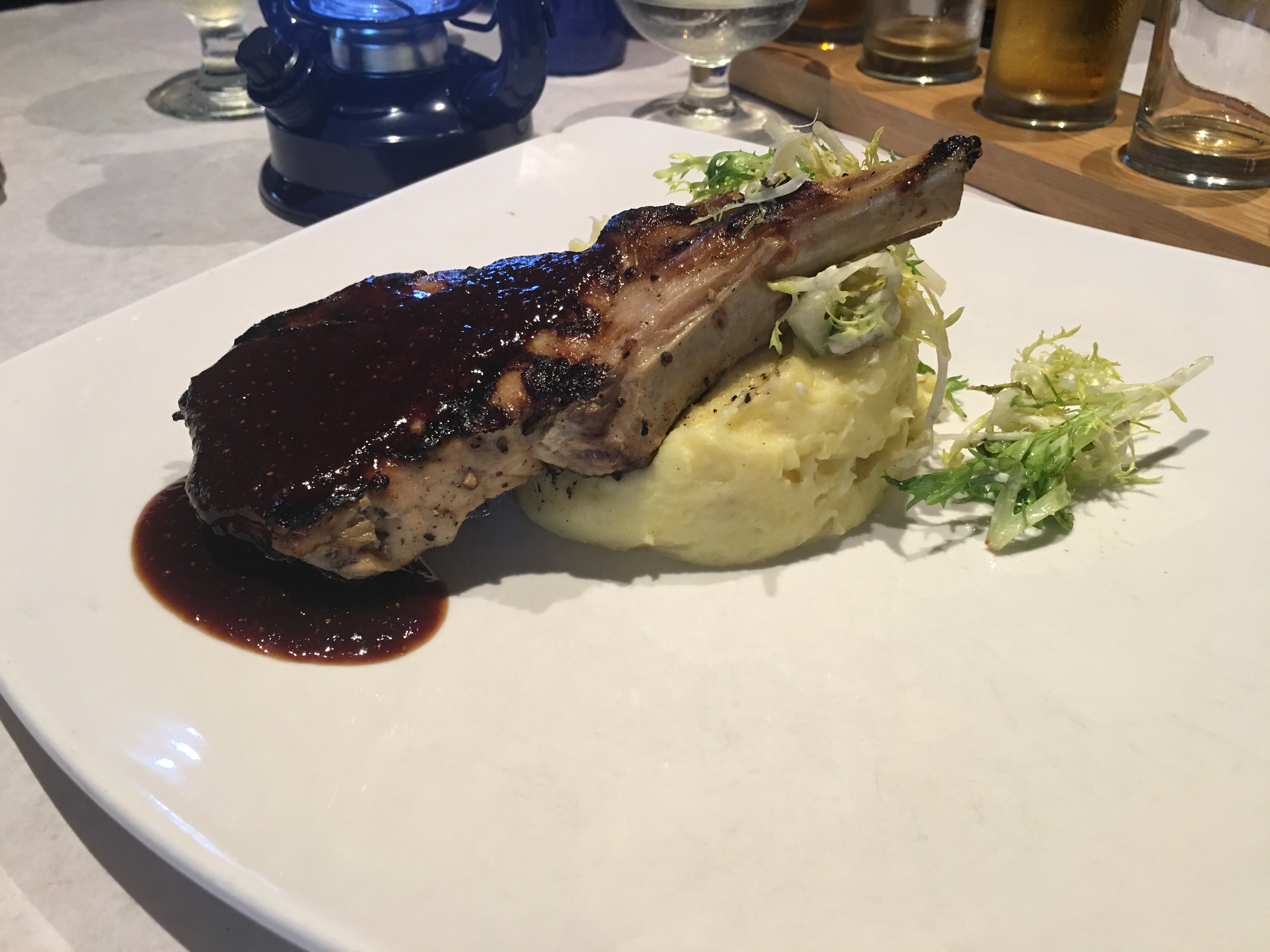 The largest course of the evening, a grilled bone-in pork chop, was prepared with a jammy balsamic and fig reduction and garlic mashed potatoes crafted from the spuds of Mattawoman Creek Farm in Eastville. The dish’s complex flavors of smoke, fruit and buttery-cream were matched perfectly with Devils Backbone’s Eight Point IPA. Brewed with six American hop varieties, the IPA is brash and youthful, much like its namesake, the eight point buck.

Concluding the Thru Hike dinner was a beautiful orange-colored pour deemed Revenge of the Mariner. Reminiscent of Grand Marnier, Revenge of the Mariner is a barleywine brewed with orange peel and aged on a bed of orange peel and toasted oak. While the citrus beer is a stand-alone dessert, Raez paired it with a grilled, juicy peach embellished with Chantilly cream and candied pecans. 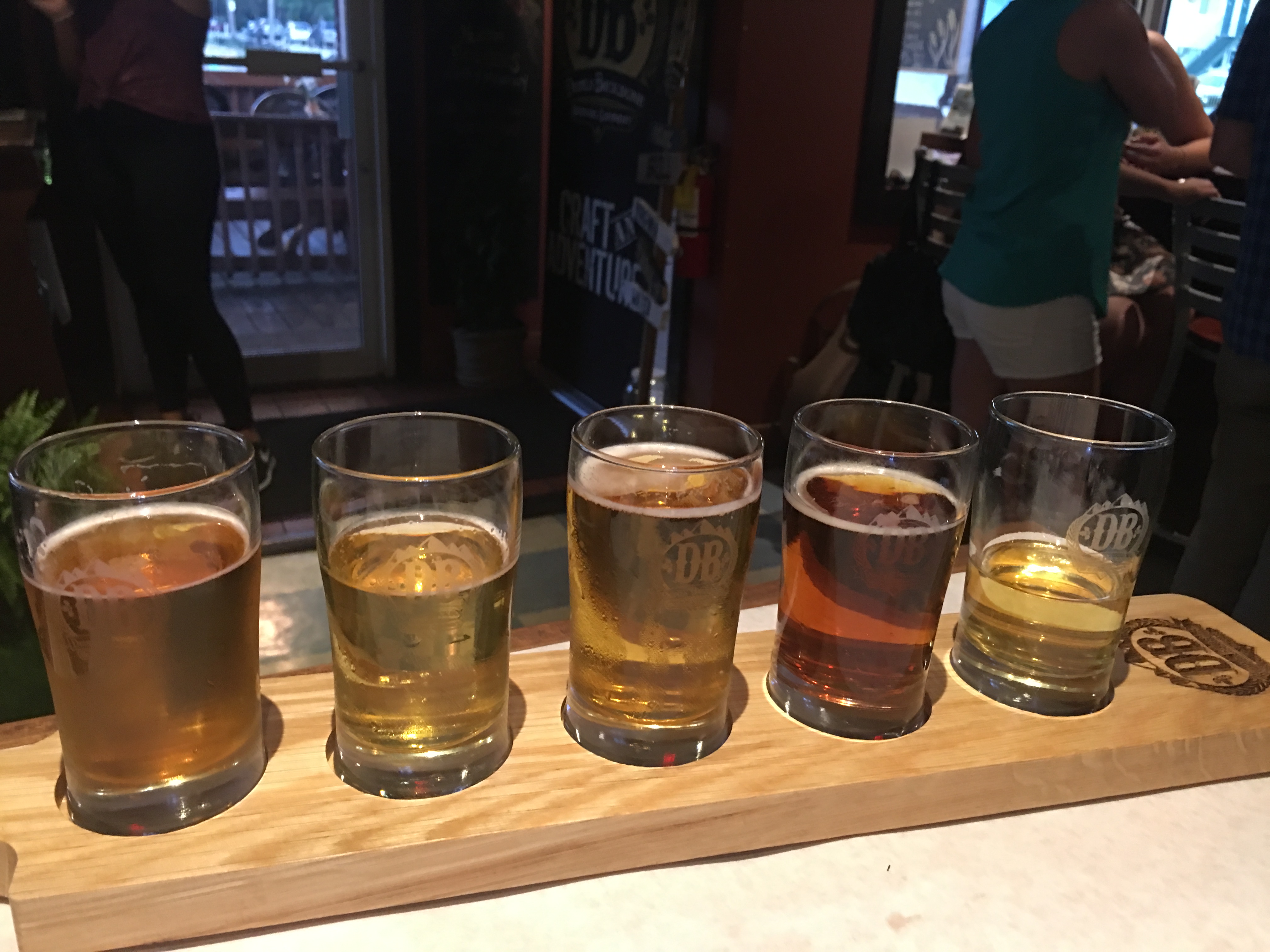 Thru Hike events continue Wednesday, Aug. 15 with a Crafts & Drafts event at Grain in Norfolk. Artists and tasters alike can mingle with the Devils Backbone family, sample beers and design their very own camp mug.

On Thursday, Aug. 16 Devils Backbone will host a Hike Happy Hours at bars and restaurants along three distinct routes through Shore Drive, the Oceanfront and Ghent. Explore the full list of stops here and be sure to mark your calendars for the final stop and after-party at Ocean 27 at 9:30 p.m.

Capping off Devils Backbone’s Virginia Beach tour is an evening of Pours & S’mores at Shorebreak. At 5 p.m. on Friday, Aug. 17, roast marshmallows over an open flame using a custom Devils Backbone skewer and sample a wide selection of the Heartland’s greatest brews.