On a recent Monday afternoon, his day “off,” Chef Travis Milton prepared for a big event he was doing in conjunction with the Virginia Nature Conservancy, planted tomatoes on the rooftop of the hotel that houses his latest restaurant and reviewed construction plans for his next project.

“Monday is catch up on everything I didn’t do during the week because I was cooking all day,” he says.

Milton is currently cooking all day at his namesake Milton’s, an Appalachian-themed restaurant inside the Western Front Hotel in St. Paul, which opened in February. Prior to opening Milton’s, his culinary career had him working in kitchens in D.C. and San Francisco before becoming chef de cuisine at Comfort in Richmond. While Milton says he appreciated the fact that Comfort owner Jason Alley both supported and helped spur his creativity and passion for unique ingredients, he dreamed of opening a place specifically showcasing the cuisine of Southwestern Virginia. And that meant moving back to his rural roots.

Milton felt the time was right, as he was experiencing Comfort’s patrons being receptive to the sort of food he grew up eating in his family home in Castlewood, and says that he “had some juice behind me.” He attributes his return to Appalachia to the importance of including native vegetables (and their farmers) in his food and was soon approached by the like-minded people behind the Western Front Hotel.

The plan for Milton’s at the Western Front suited both of them perfectly—the hotel, already in the works, would come with a built-in clientele, and the restaurant would certainly be an added draw.

“It was a good fit for all involved,” says Milton. “It’s no different than building a restaurant community. You have to do it organically, and you have to have people leaning on each other in order to do it. In these two instances it really made sense.”

Milton says feeding diners who know his grandparents used to own a local restaurant also helps.

“They trust me, and they know it’s worth the drive,” he says.

Milton lovingly refers to his grandfather’s former eatery as a greasy spoon, and he adores staying true to the comfort food he grew up enjoying there as well as the vegetables and beans he helped grow at this great grandparents nearby farm. He explains that one of the defining characteristics of Appalachian food is its affordability.

“Because there were economic issues in Appalachia, it has always been a cuisine rooted in creativity,” he says.”One of my favorite things is an apple butter I make from my great grandmother. She couldn’t afford cinnamon so she used Red Hots candies. Vinegar pie was also very popular because of the limited access to citrus fruits.”

Milton also describes Appalachian cooking as individualistic and very vegetarian based with a heavy reliance on Virginia’s more than 65 varieties of indigenous beans as a source of protein.

“We did not have money to have a steak or pork on the plate,” he says. “That was maybe one day a week. The other days we were eating fresh vegetables and corn bread and little bits of cured country ham.”

“I like to do dishes that people are aware of but not how they are used to eating them—something familiar but unfamiliar at the same time,” he says. An example would be his “not your typical cube steak” Chicken Fried Steak, which involves starting with a 10-ounce New York Strip and cooking it in a sous vide with black garlic, house-made kimchi and bourbon-barrel soy sauce and then topping it with sausage gravy. ” 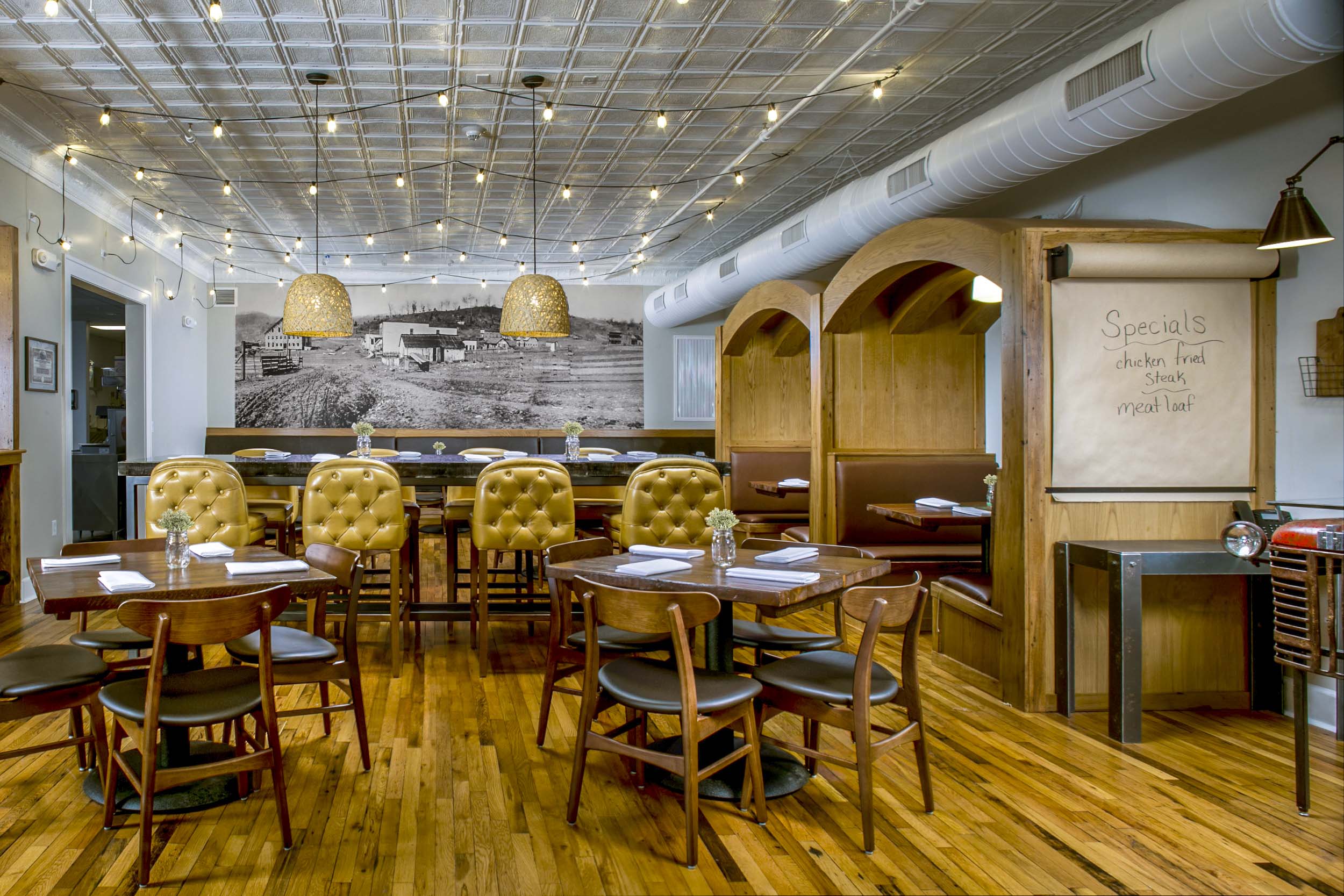 Besides his family’s food history, Milton sights his reliance on local farmers as a key to his success. He regularly gives them seeds passed down for generations so they can grow particular ingredients and products he then buys back.

“The goal is cultivating and curating the taste of a place, ” he says. “One of the most important things here [at Milton’s] is embracing those traditions and educating people about them and really debunking a lot of the stereotypes people have.”

Milton says that when he does that, he feels like he really shows people what shines in Appalachia.

“That’s been the goal—having someone be able to sit right here in a beautiful restaurant across from the Clinch River looking at red bud and wisteria growing all around in this beautiful atmosphere and showcasing all that Appalachia is visually and also being able to sit down and eat a plate of food that incorporates those red buds and the honeysuckle and the green strawberries from down the street. That was what was important to me.”

And it will remain crucial when Milton opens Shovel & Pick and Simply Grand at the Sessions Hotel in nearby Bristol in the next year. The new restaurants will also focus on Milton’s love of Appalachian food.

“This is my part of the story,” he says. “I am paying homage to everything that came before me, but I am also showing my take on the food based on my experience as a chef and what I’ve been able to learn.”

It’s obvious Milton has learned a lot, and he says he’s encouraged by teaching people not to lump together Southern cuisine and instead look at the food and different ways cooking of by region.

“Now I think people are looking at the food of the South like the food of Italy,” he says. “There are different regions, and different things that occur in those regions. People are seeing that there is this amazing rich tapestry that’s been woven culinary-wise in the Southern part of our country, and Appalachia is a piece of that tapestry.”