Ian Boden experienced a different upbringing than many other chefs.

“I didn’t grow up cooking on my grandmother’s apron strings,” says the former “latchkey kid” when reflecting on his family’s relationship with food. While he cultivated his culinary skills through other mentors along the way, his parents taught him that the value of a good meal goes way beyond the contents of the pan.

“My mom rarely cooked, but when she did, it was for a big event, typically hosting friends at dinner parties,” he says. “My hands and fingers were always in whatever everyone else was cooking. Part of my inspiration was the excitement and connection with food, but the other part was the connection with people and seeing food help generate a sense of community. It opens up doors to talk and is the whole cliché of breaking bread.” 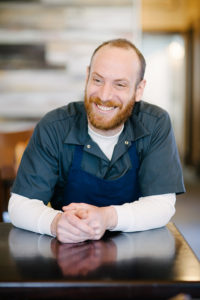 Years later, Boden continues to demonstrate a passion for both food and community. Since opening The Shack in Staunton in 2013, he has managed to serve the masterful cuisine you would expect from a big city chef out of a 126-square-foot kitchen in the middle of the Shenandoah Valley. Diners often travel many miles for a chance to spend an evening at one of 26 available seats. They order dishes like Butter Poached Monkfish with roasted rhubarb and fiddlehead ferns from the ever-changing menu and then marvel at the visually stunning offerings that represent the flavors and farmers of the region.

But after years of well-deserved accolades, COVID-19 came along, which hit Boden and The Shack particularly hard. While he has been offering local customers curbside service several nights a week, his place is a destination restaurant, with 70% of the patrons (and their accompanying revenue) coming from out of town. Many people would quit, at least for the time being. Instead, Boden is doing the exact opposite—he’s adding to his plate by opening a new place.

With the help of his wife, Leslie, Staunton Grocery (also the name of his former Staunton eatery) will be an old-timey general store and market close to The Shack that he plans to open by mid-August. It will sell many of the ingredients, popular pantry items and dry goods used in the restaurant’s kitchen. The couple promises to have a personal relationship with every producer, with most of the products—charcuterie, jams, vinegars, salts and more—coming from the South and Mid-Atlantic.

Boden says he’s always wanted to do this, as there is nothing of its kind in the area. But why now?

“Many people think it’s stupid, I’m sure,” quips Boden about his pandemic pivoting, “but it’s a risk we have to take. We have to figure out a way to generate revenue.” Plus, another huge bonus is that the Grocery will help many other businesses and local purveyors in the process.

“It’s bringing another connection in our community to all the producers and makers we’ve worked with for all of these years,” says Boden. “It benefits everyone.”

Boden seems to focus on the benefits because he’s not intimidated by risks. After beginning his cooking career working under a master chef in a French restaurant in Manassas at only 13 years old, he moved to New York City at 17, an experience he describes as “pure insanity.” He honed his skills for 10 years at noted big deal establishments like Payard Patisserie and Bistro, Judson Grill and Home Restaurant.

“Even when I hated it, I loved it,”  he says. That was, until he noticed fellow chefs being put on a pedestal and stepping out of the kitchen. Boden worried about falling into those trappings and wanted to do his own thing, in a place where he could, once again, take more risks and have more original ideas. A place like Staunton.

When he returned to his Virginia roots, Boden first opened the original Staunton Grocery in 2007 and had a five-year run with plenty of success before closing it to chef in Charlottesville, most notably at Glass Haus Kitchen, where he received his first James Beard nomination for Best Chef: Mid-Atlantic and gained enough notoriety to once again garner the courage and drive to go out on his own. This time, with something really special in mind.

In the meantime, he arranged to do a few pop-ups in a jerk chicken spot owned by a friend, who eventually convinced him to take over. And so, The Shack was born. 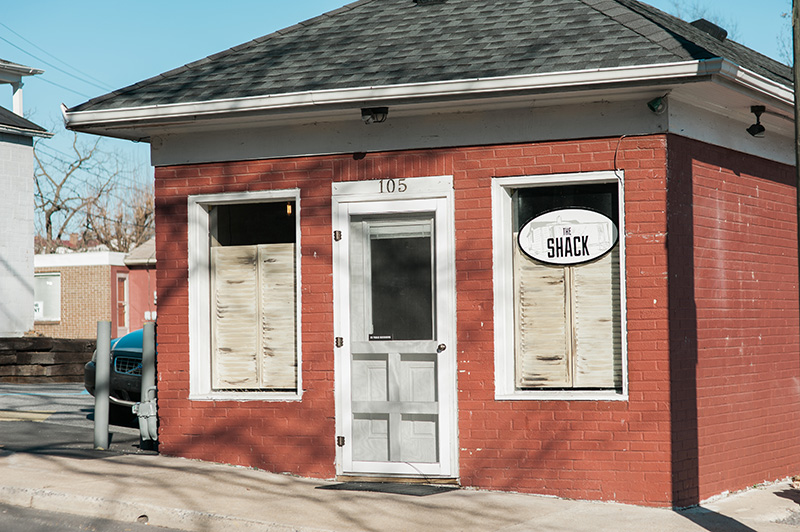 “It was supposed to be temporary,” Boden says of the small but inviting space. “We had to open it quickly, in three months, with no money. The intention was to use it as a showcase until we could find investors for a bigger location.” Six years later, the red brick building decorated with pictures of his wife’s grandma Tissy still satisfies customers who come to enjoy both the food and famed atmosphere.

“Honestly, I’m still worried about the space, but I know how to work it,” Boden says. “My customers come into an extremely low-brown establishment and eat food you’d expect at a much more high-end restaurant. With the space the way it is, it forces you out of your comfort zone in many ways, and you have to be a little more creative with a different approach to food. Everything you do has to have a lot of intent, otherwise it falls flat.”

Boden claims another secret to success has been a location with an extremely low overhead.

“I can afford to have a couple nights when people go, ‘Eh, maybe this wasn’t perfect.’ Luckily we don’t have a lot of that, but I’m not scared to challenge myself and my cooks and my sous chefs to do something drastically different because this is less of a risk. We don’t have as much pressure. All of our pressure comes from us, not from the outside, which makes it harder and easier at the same time.”

Inside a tiny kitchen, those challenges and pressures become amazing rewards for Boden’s followers. He says The Shack’s food is a little hard to explain, but he does divulge that he draws inspiration from his Russian-Hungarian-Jewish heritage and pairs that with Appalachian Mountain influences. One might call it Eastern European-Appalachian fusion. 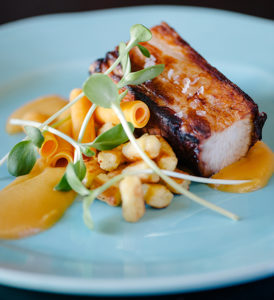 The most important ingredient, he says, is his ability to source from Shenandoah Valley farms and purveyors like heritage breed pork from Autumn Olive Farms in Waynesboro or pastured beef from Monrovia Farms in Colonial Beach. On the day we spoke with Boden, he was expecting a delivery of four different varieties of heirloom gherkins from Harvest Thyme Herbs in Mint Springs.

Once again, it comes back to community.

“If we took this restaurant and moved it somewhere else it would be totally different,” says Boden. “Because we are so rooted in our community of farmers, growers and makers, it’s what makes this food.

That’s what a restaurant to me is all about. It’s not just about four walls. It’s about the people who feed it.”