Bourbon and Bivalves at The Tides Inn in Irvington

Just over a year has passed since our Editor-in-Chief, Angela Blue, and her husband were whisked away for a weekend at The Tides Inn. She showered the Irvington resort with compliments, holding the culinary mastery of Executive Chef, TV Flynn, in particularly high esteem, and chronicled a blissful experience along Carter’s Creek.

Finally seizing the opportunity to visit the Northern Neck myself, I packed my bags and departed Virginia Beach for The Tides on a rainy Friday afternoon. Although the weather and a prolonged construction project on the two-mile bridge connecting Topping to Irvington delayed my travel plans, I soaked in my elevated view of the expansive Rappahannock River and arrived at the check-in desk just in time for happy hour.

New to the resort is an evening bourbon tasting hosted in the cavalier Eagle Room. With a palate that longs to acquire a taste for distilled spirits, I was eager to give The Tides’ selection a try. The back wall of the private space is comprised entirely of rectangular walnut lockers formerly used to store liquor during Lancaster County’s mid-20th century dry spell. The discreet cases are now brimming with The Tides’ private label bourbon and strive to assert Irvington as not only a premier wine destination (by virtue of the nearby The Dog and Oyster Winery) but as a showroom for exceptional spirits. 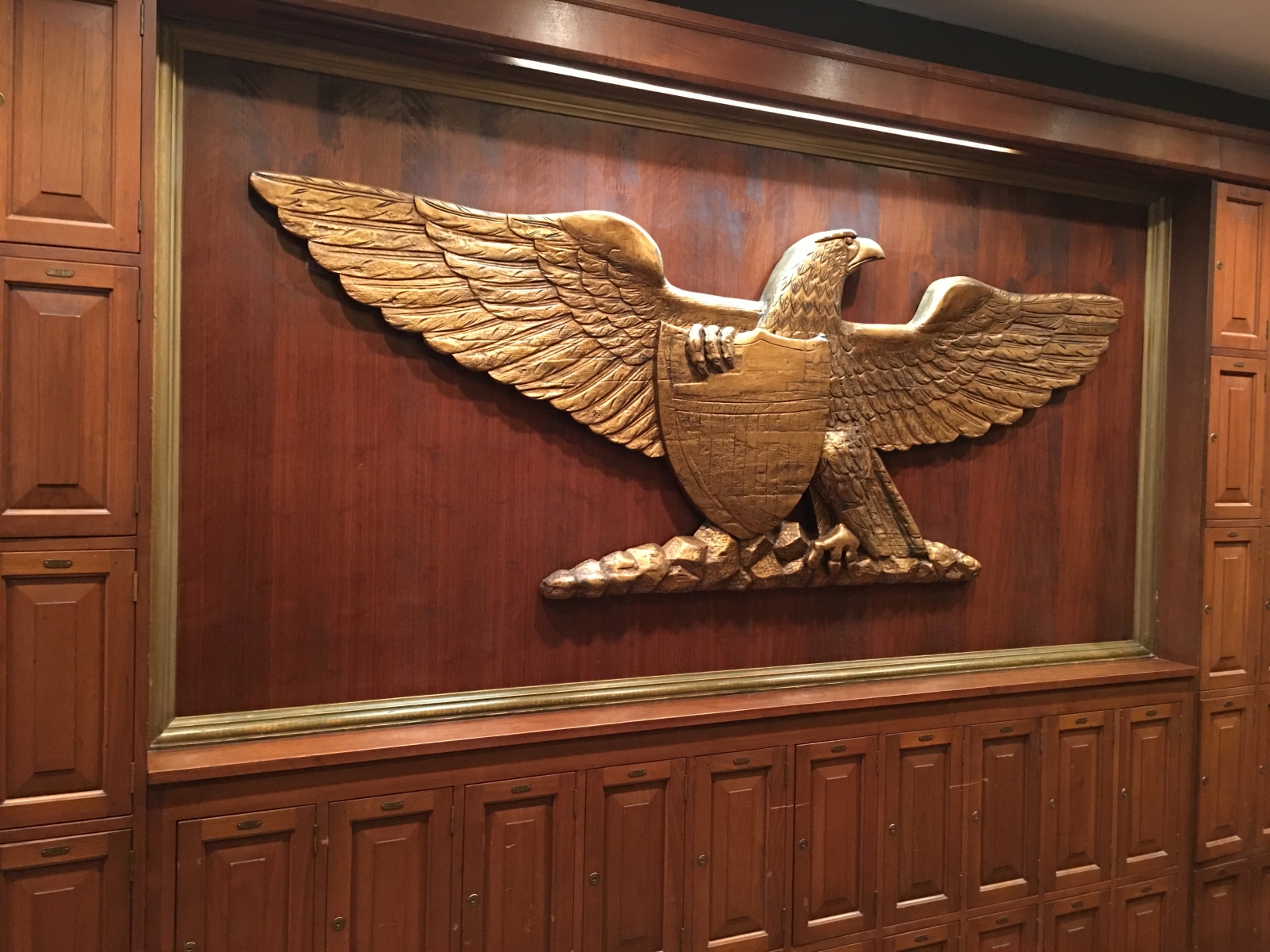 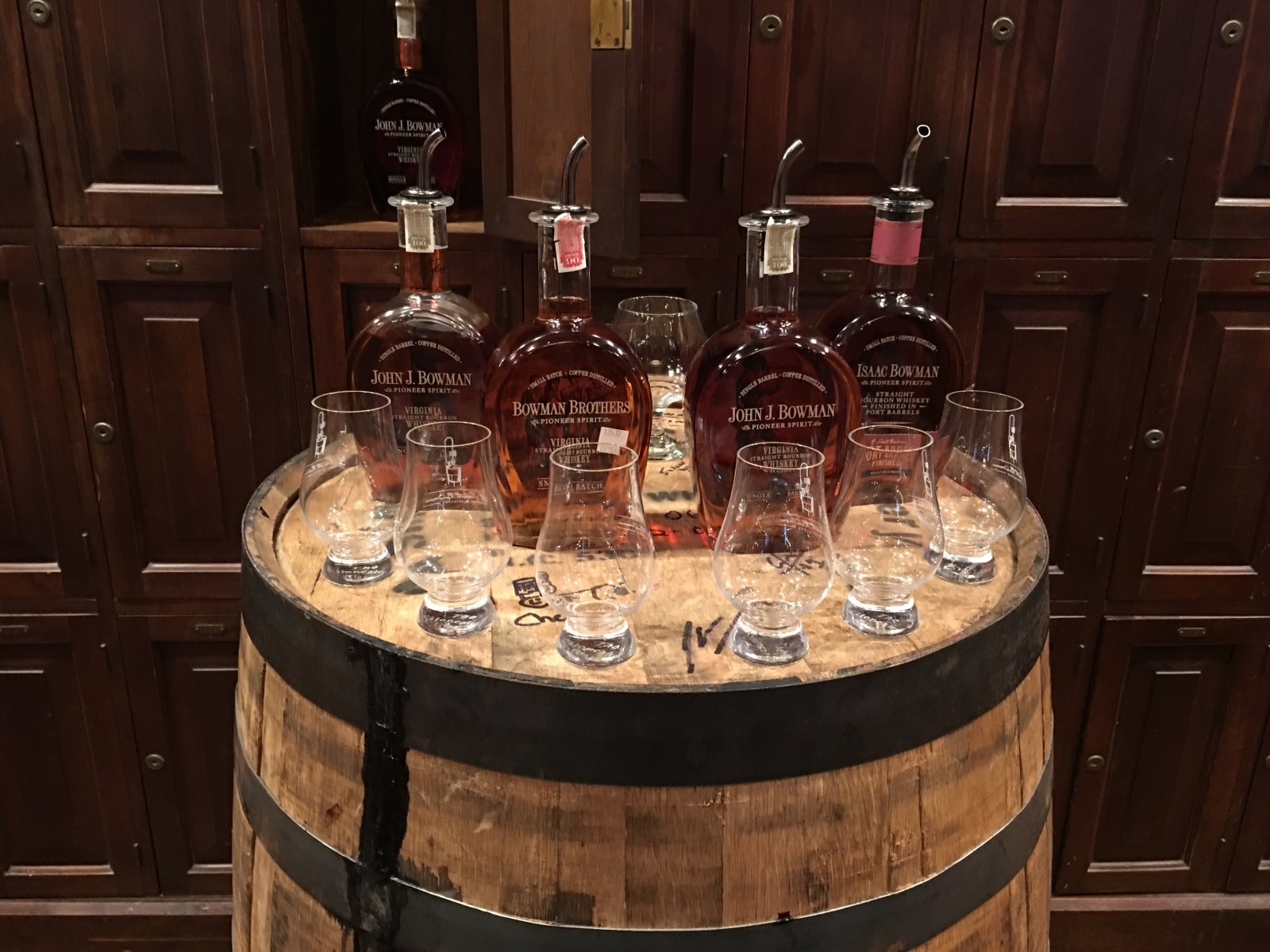 For nearly three months, The Tides team collaborated with distiller Brian Prewitt of A. Smith Bowman Distillery to craft the perfect bourbon to be poured exclusively on the Carter’s Creek property. The crew hand selected and modified the highly decorated John J. Bowman single barrel whiskey to create their private label. Aged for 11 years and three months, the Tides Inn Single Barrel Bourbon was bottled just before my mid-May arrival and breathes fragrant notes of vanilla, caramel, toasted nuts and fig. Subtle aromas of apple and dried cherries also surface as the full-bodied bourbon opens in the glass.

Its draw is as smooth as the creek at sunrise and paired superbly with the blackened mahi, seared scallops, fried naan and cheesy starters prepared by Flynn. Also on the whiskey docket were Bowman’s original John J. Bowman, the oaky and mellow Bowman Brothers and the port barrel finished Isaac Bowman.

I chased the tasting with dinner in the elegant Chesapeake Restaurant, ordering its signature Lancaster Lemonade as my nightcap, and indulged in everything seafood. The table overflowed with velvety shrimp and grits, softshell Chesapeake Bay crabs, buffalo-style Angry Oysters, oysters on the half shell with tequila lime mignonette, and to extend my whiskey experience, a plate of bourbon glazed fish bites. 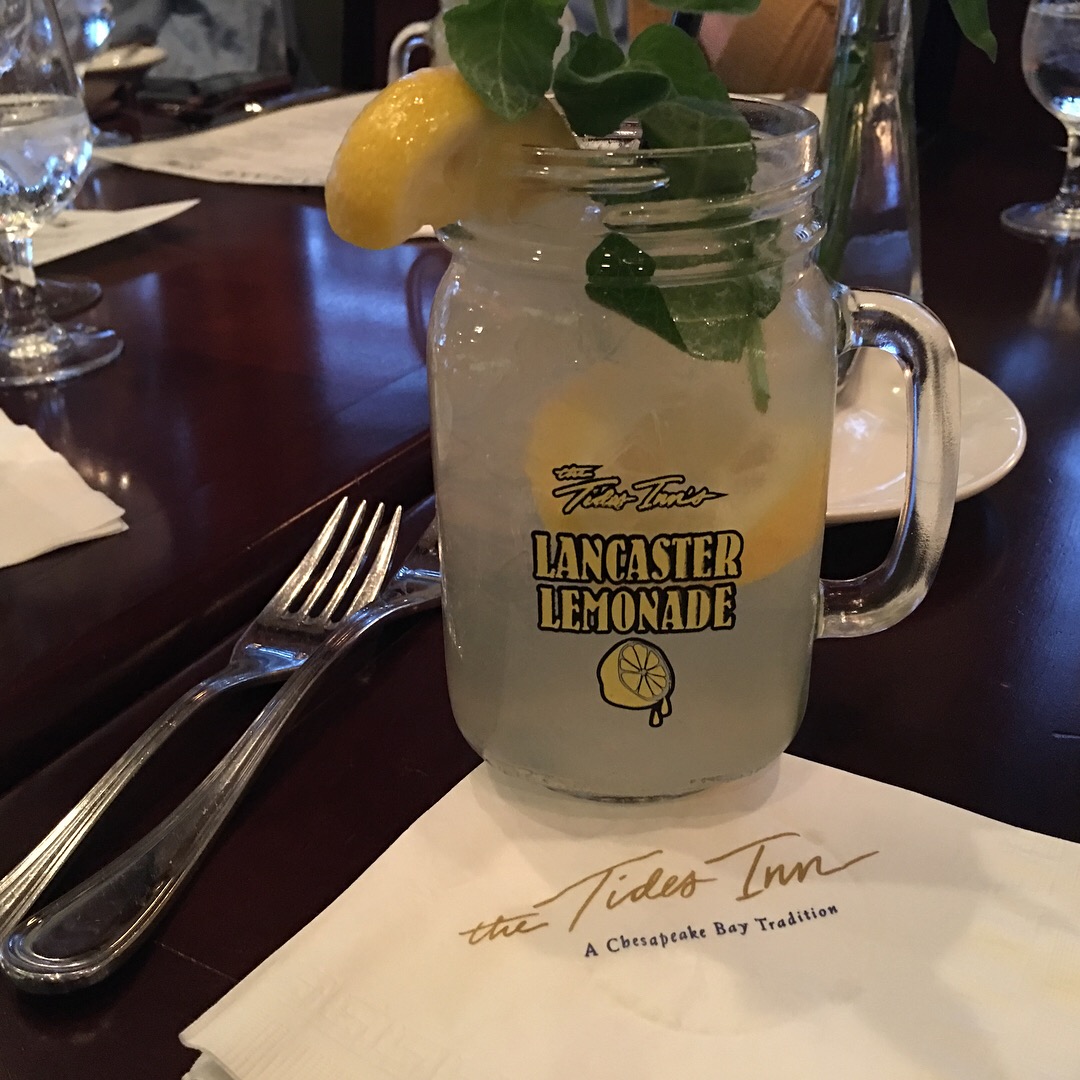 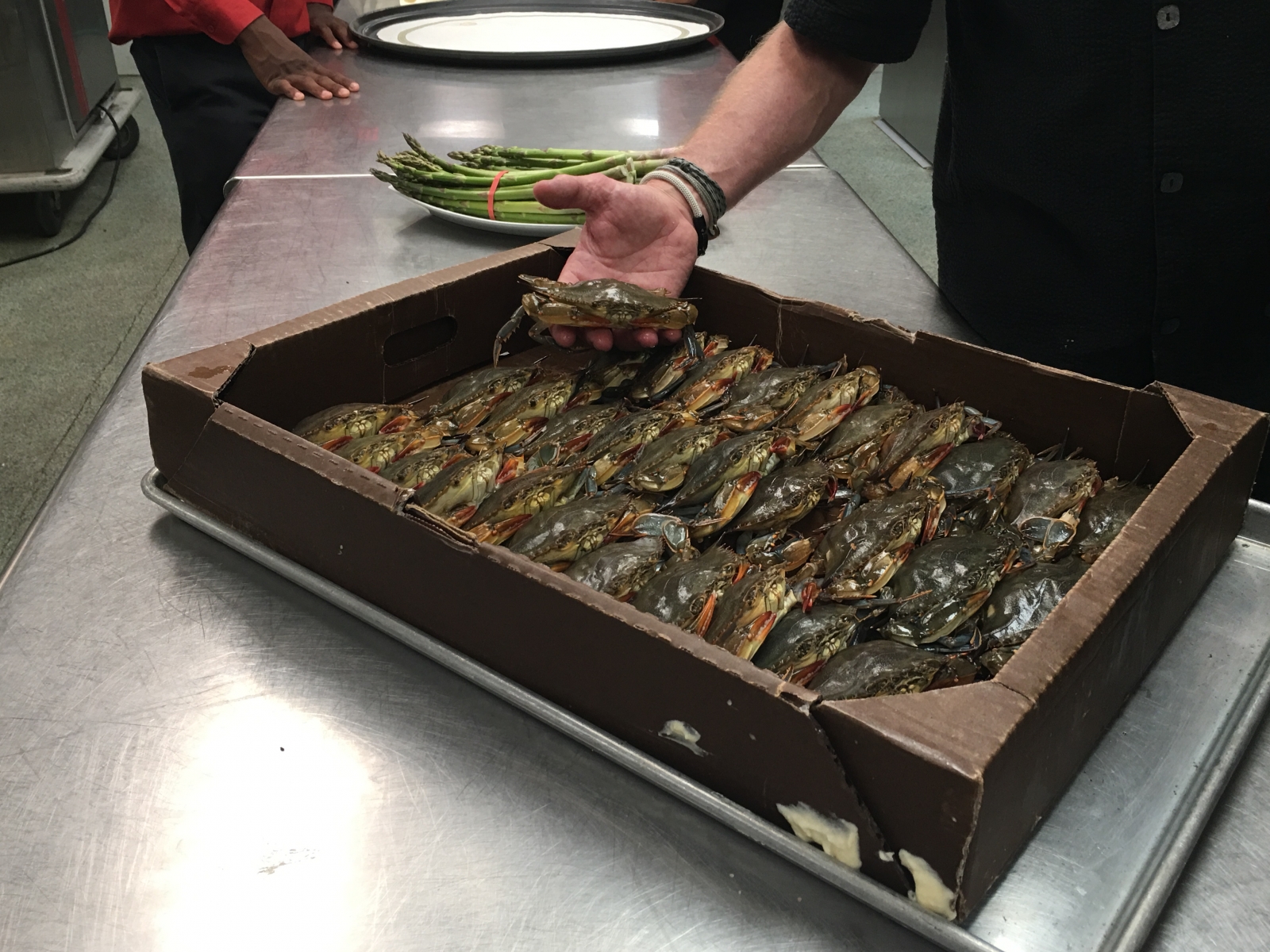 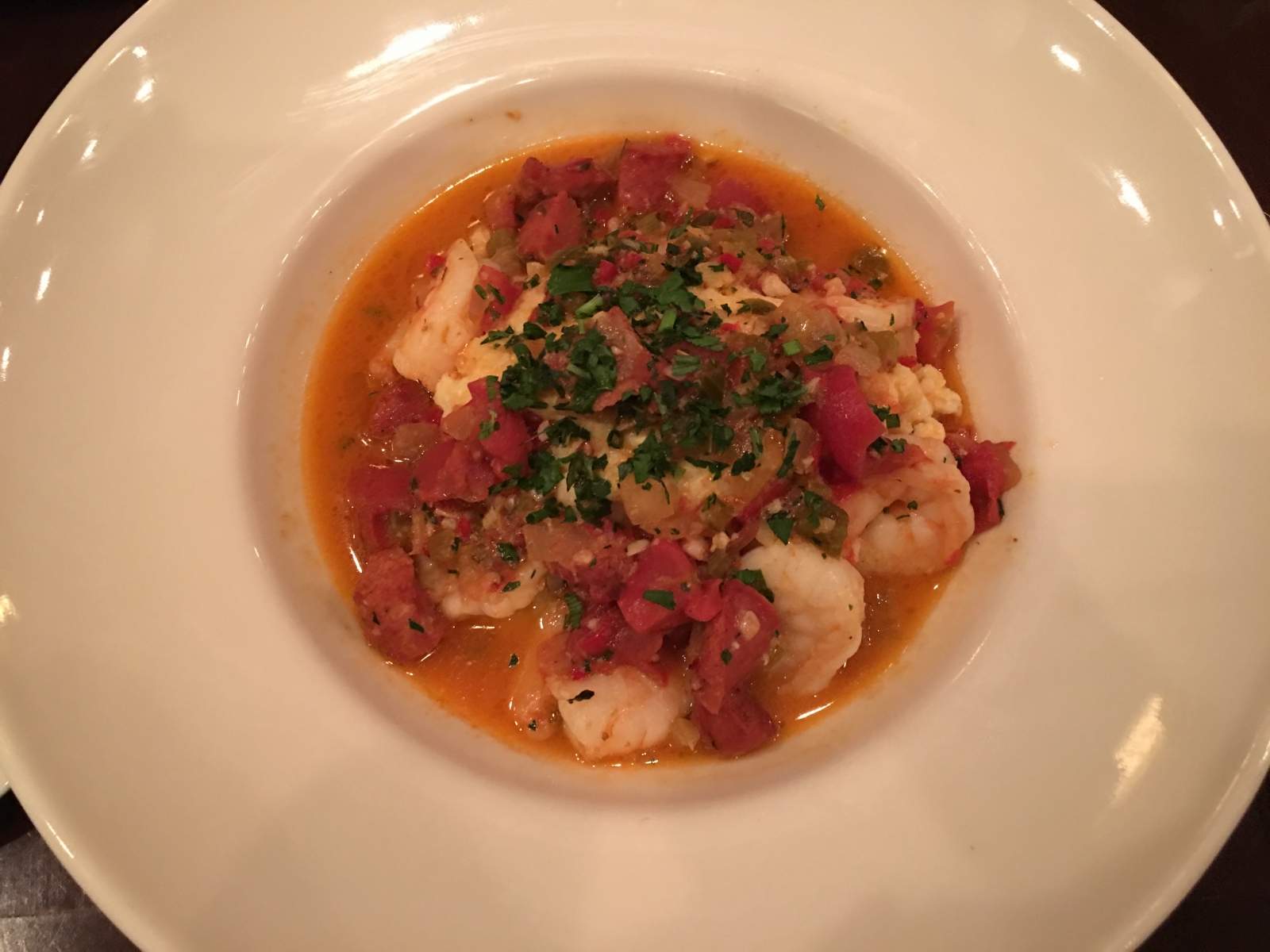 While savoring every bite of the remarkable cuisine, I was struck by the true tide-to-table philosophy carried out by the Inn. The centerpiece of each platter, be it oysters, crab or fish, had been caught by local watermen just beyond the restaurant’s waterside windows. Wanting to know more about the society of Rappahannock River watermen, we arranged a voyage on the Miss Nicole with third-generation oysterman, Captain William Saunders, for the following morning. 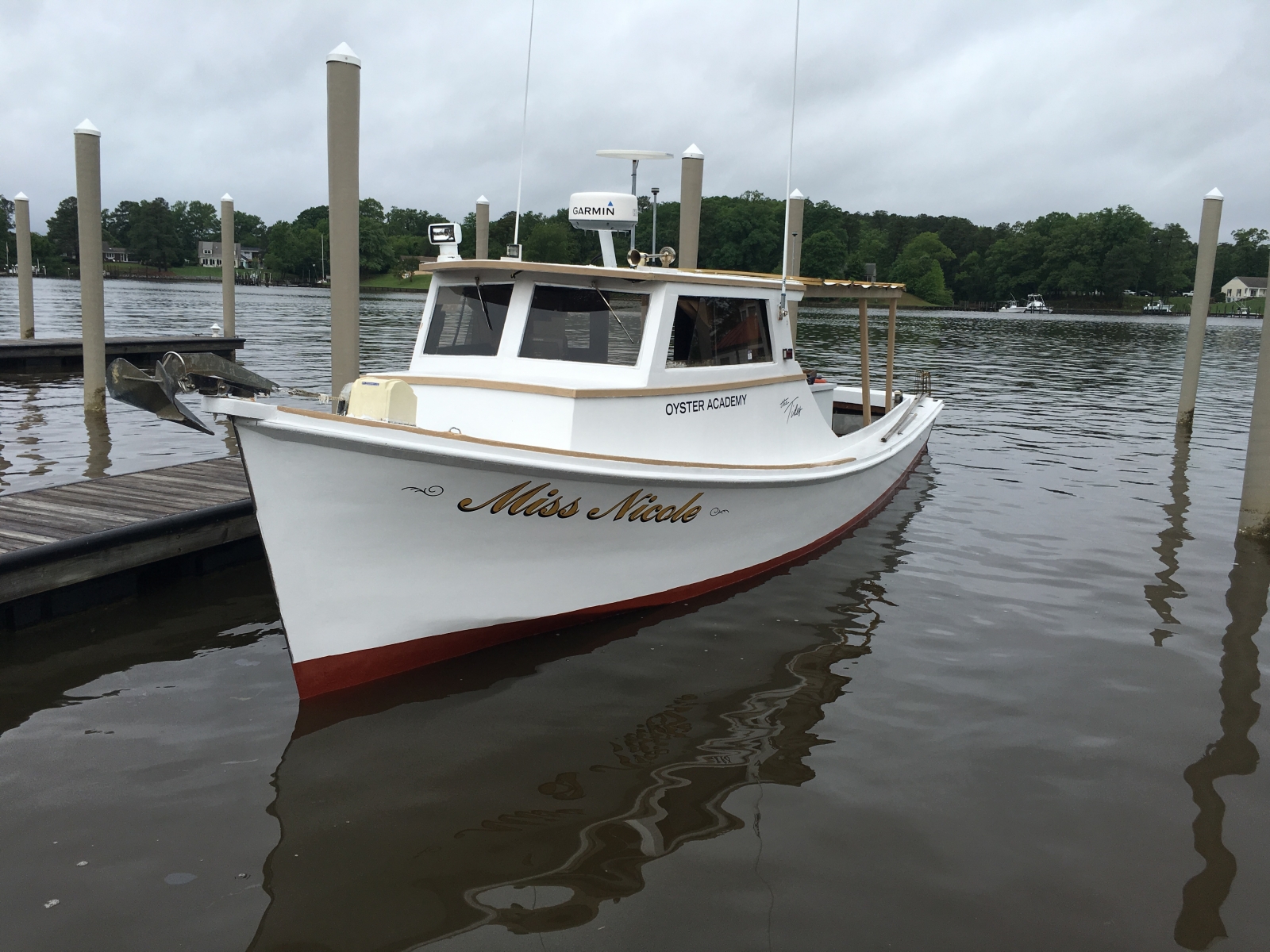 Relentless thunderstorms drenched Irvington overnight, but cooler temperatures and overcast skies appeared come morning. Although the stormy weather prohibited me and other passengers from experiencing the shucking and tasting of bivalves typically associated with The Tides’ Virginia Oyster Academy, it prompted an exceptional lecture from Saunders.

Having spent the better part of his life on the Rappahannock with his father and grandfather, Saunders is nothing short of an oyster expert. He, along with Virginia’s River Realm Diplomat, Joni Carter, explained that Irvington once hosted the most competitive real estate market in the Northern Neck. The prices for riverfront homes skyrocketed and wealthy investors came flocking, repurposing old homes and empty lots into million dollar residences surrounded by intricate landscaping.

While the properties are stunning, Saunders and Carter explain that the storm water runoff from the landscaped coastline is ridden with excess sediment and pesticides that threaten the livelihood of oysters. Chemicals from grass, flower beds and the like stunt the growth of oyster spat and poison the farm-raised beds grown by local waterman. With stricter laws regulating the quantity and size of oysters watermen can harvest, every loss is detrimental. Nonetheless, Saunders happily informed us that foreign shellfish were being introduced to the river to increase oyster immunity to harmful diseases, and in turn, prevent depletion. 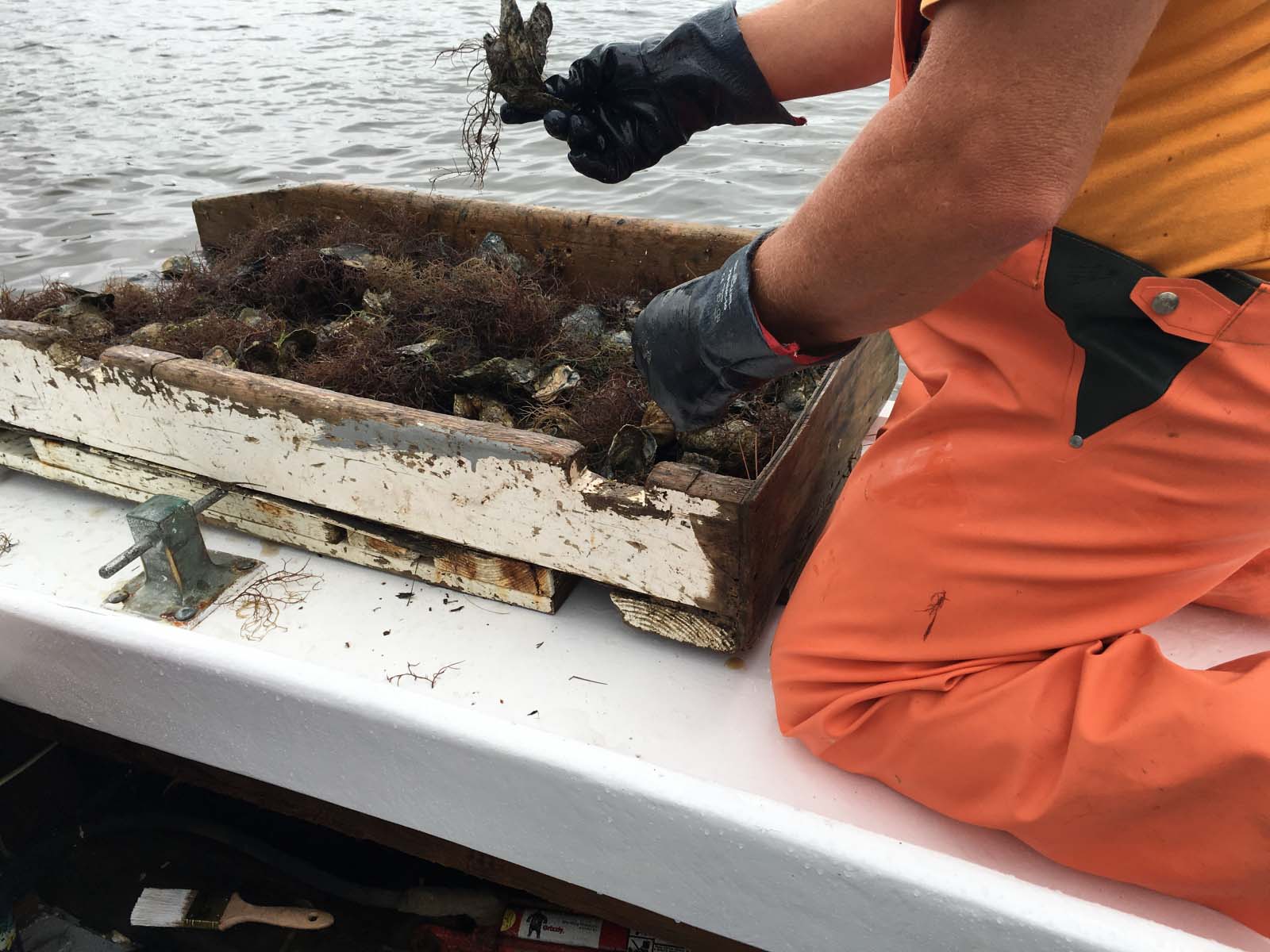 Insightful discussions on oysters continued for the remainder of our hour-long voyage, only to be interrupted by the raising of a crab pot or telling of a captivating anecdote from Saunders’ 30-plus years on the water.

Once back in port, I mounted one of The Tides’ complimentary beach cruisers and peddled through downtown Irvington, stopping for a latte at The Local and paying a brief visit to the acclaimed Hope and Glory Inn before returning to the property for Afternoon Tea. 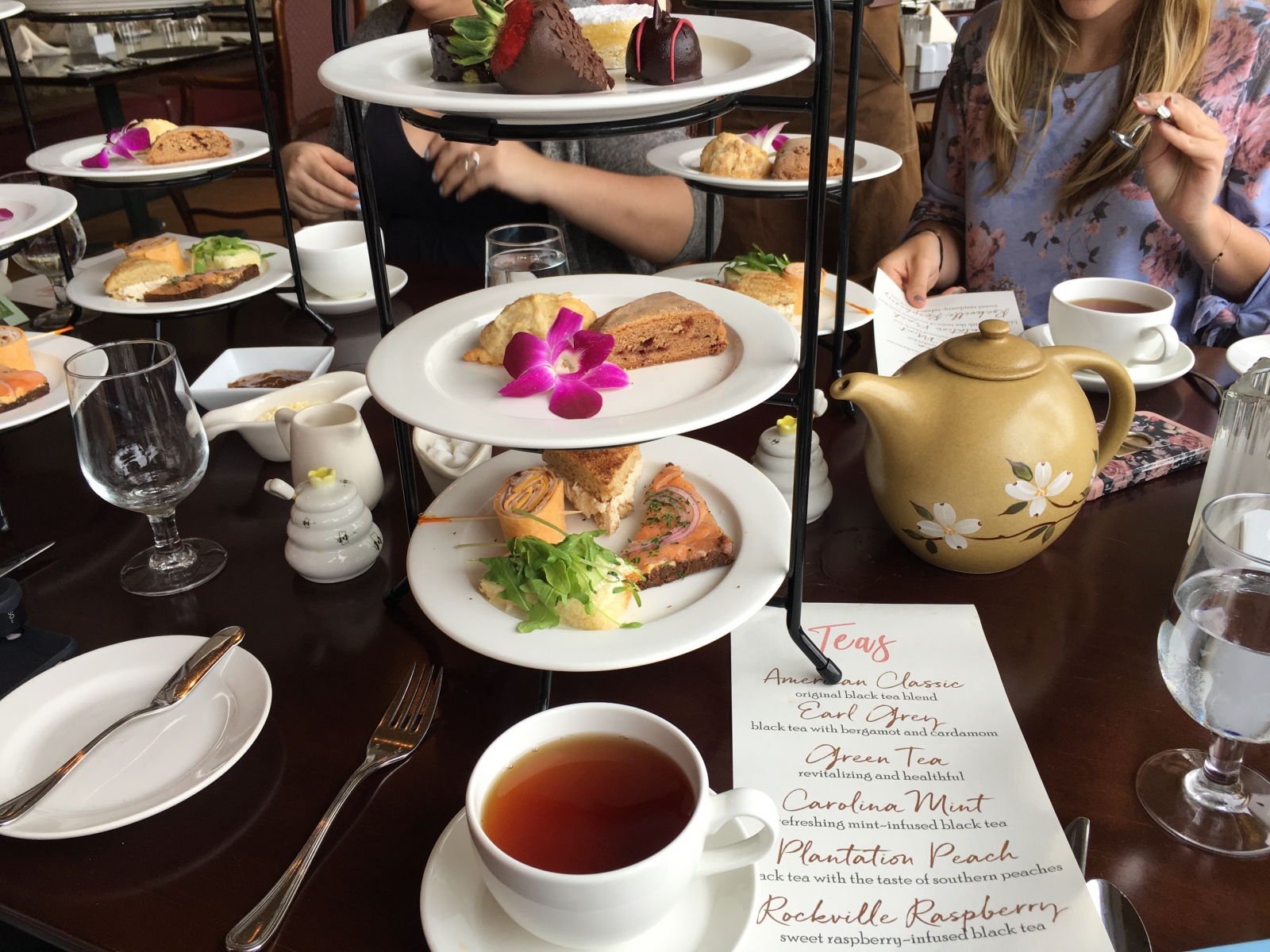 Like the bourbon tasting, Afternoon Tea is a recent incorporation for The Tides Inn. It is hosted every Sunday afternoon in the Chesapeake Club and brews six varieties of organic teas from North America’s only tea plantation, the Charleston Tea Plantation. Opting for a taste of the South, I ordered a pot of the Plantation Peach black tea.

The second tier presented a biscuit and fruit scone garnished with a bright purple orchid. The two pastries were also served with boats of local jam and British-style clotted cream. Crowning the tower was my personal favorite—dessert. The plate of true decadence offered a cheesecake lollipop, chocolate-covered strawberry, chocolate ganache cake bite and a lemon bar dusted with powder sugar. 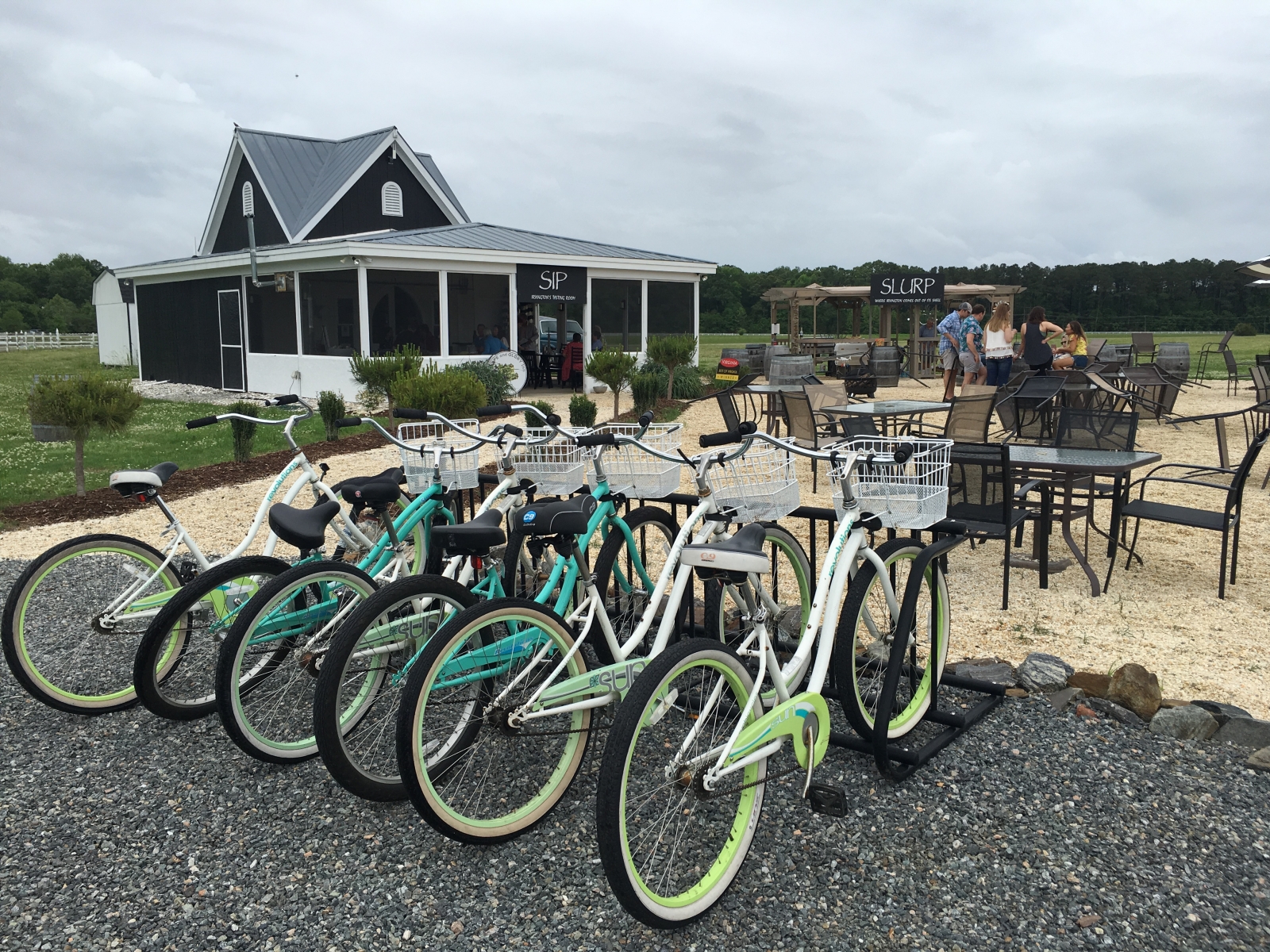 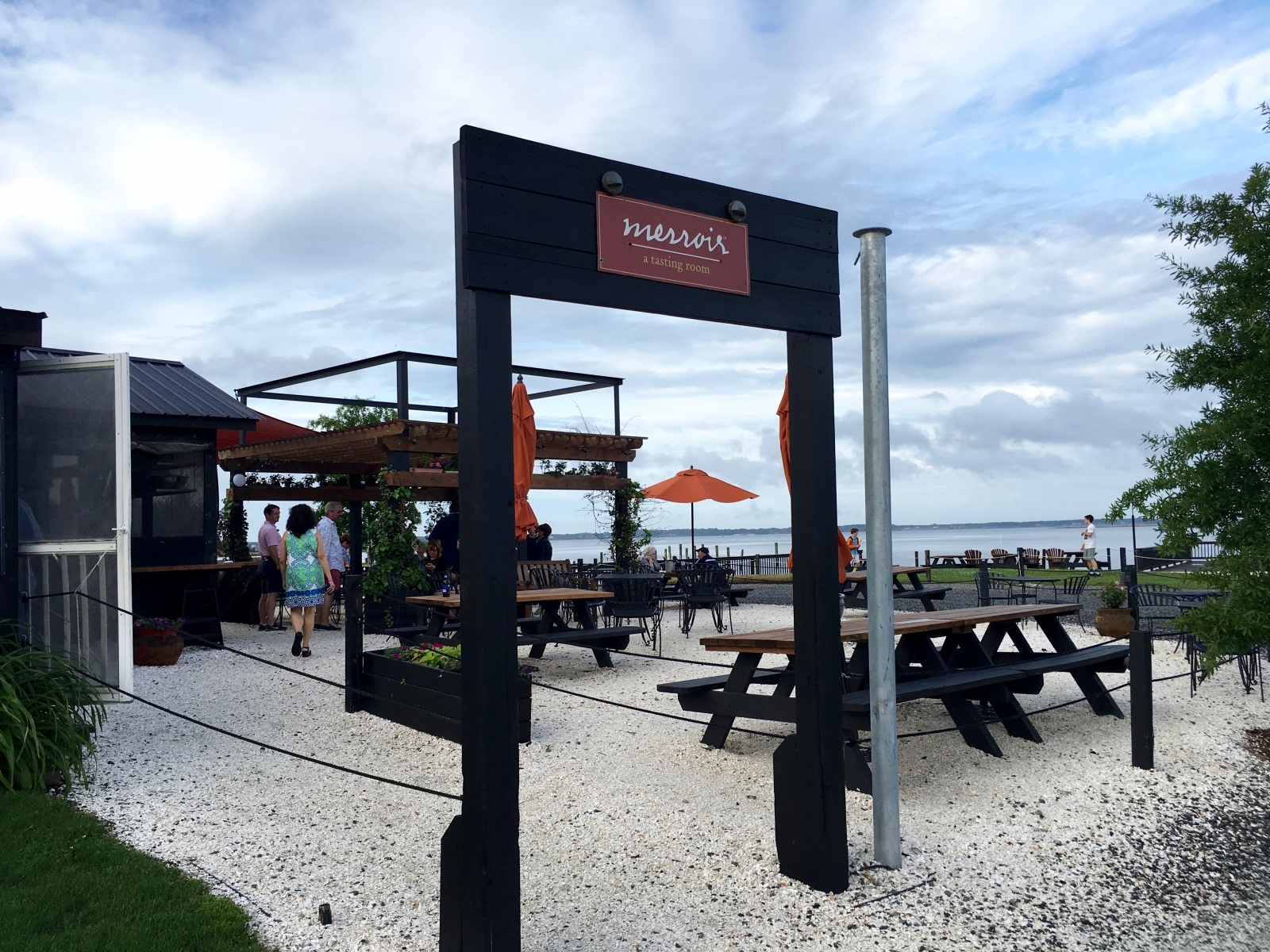 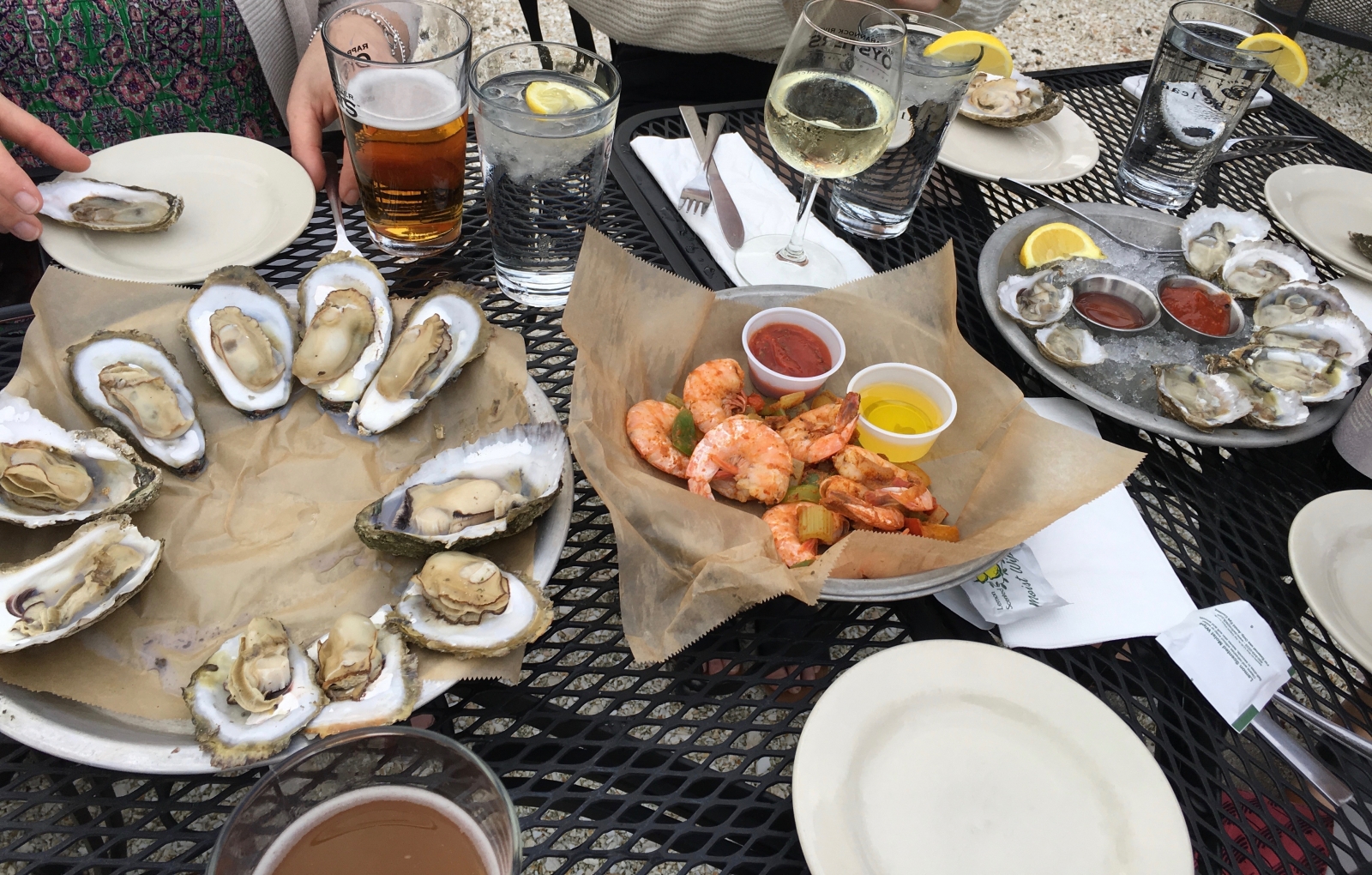 Relishing my final hours in Irvington, I biked over to The Dog and Oyster for a pre-dinner wine tasting and spoke with owner Dudley Patteson about the Northern Neck’s vinicultural history. By sunset I was feasting at the riverside tasting bistro, Merroir, and savoring a relaxed and delicious close to my ephemeral escape to The Tides.

Looking for more getaways? Subscribe to our free e-newsletter here to learn more about our next weekend adventure.

48 Hours of Hip and Historic at The Cavalier Hotel