For over two decades, certified horticulturalist Diane Burns has shared her agricultural expertise with numerous commercialized and home gardens throughout Virginia. In addition to running her own gardening business for 15 years in Charlottesville, Burns tended to some of the Commonwealth’s most popular gardens, including Thomas Jefferson’s Monticello and Richmond’s Virginia House. Burns is now entering her seventh season as the head gardener at Pippin Hill Farm & Vineyards, a stunning boutique winery nestled in the Blue Ridge Mountains of North Garden. 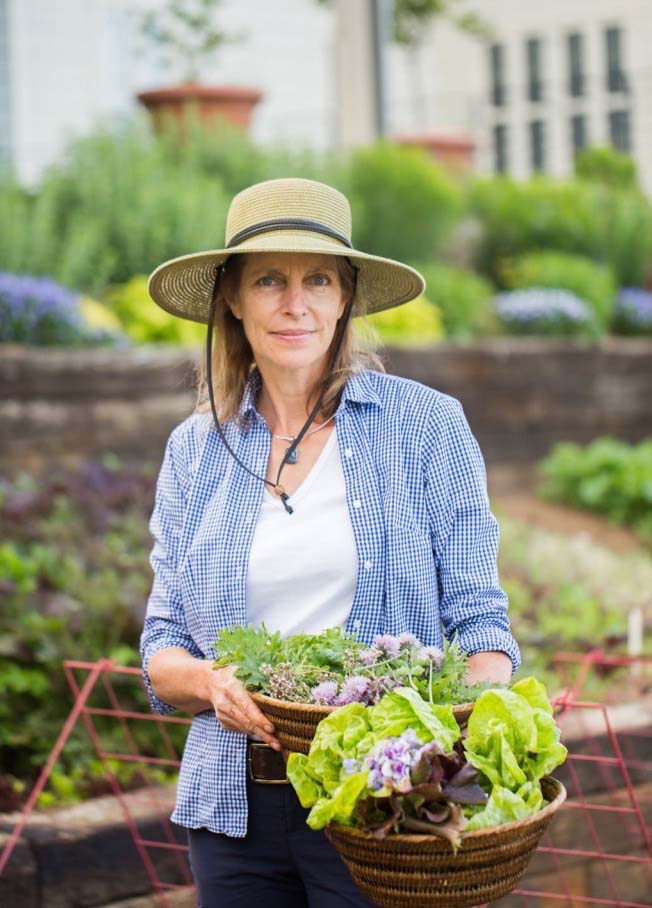 Burns’ career at Pippin Hill Farm & Vineyards began in March 2016. Once her children left for college, Burns began the search for full-time employment, claiming that her position at Pippin Hill was simply the happy coincidence of being in the right place at the right time. “This job at Pippin Hill is perfect for me,” says Burns. “I like coming here every day and making it the best that it can be.”

Burns’ responsibilities as a certified horticulturalist include the resoling, planting and composting of both seasonal and perennial garden beds, educating visitors on Pippin Hill’s farm-to-table philosophy, and most importantly, prepping produce for the kitchen. “I think the one thing that makes Pippin Hill unique from other vineyards and even other restaurants in the area is our kitchen garden,” explains Burns. “We have an extensive kitchen garden and that’s my full-time job here, to grow produce for the kitchen’s use.” 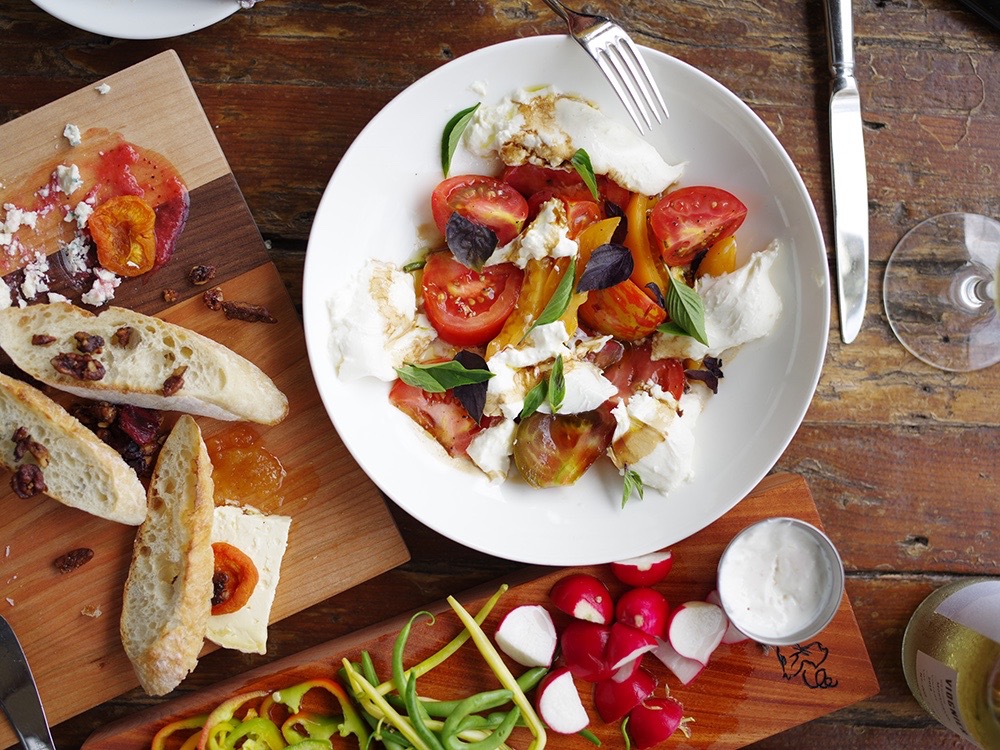 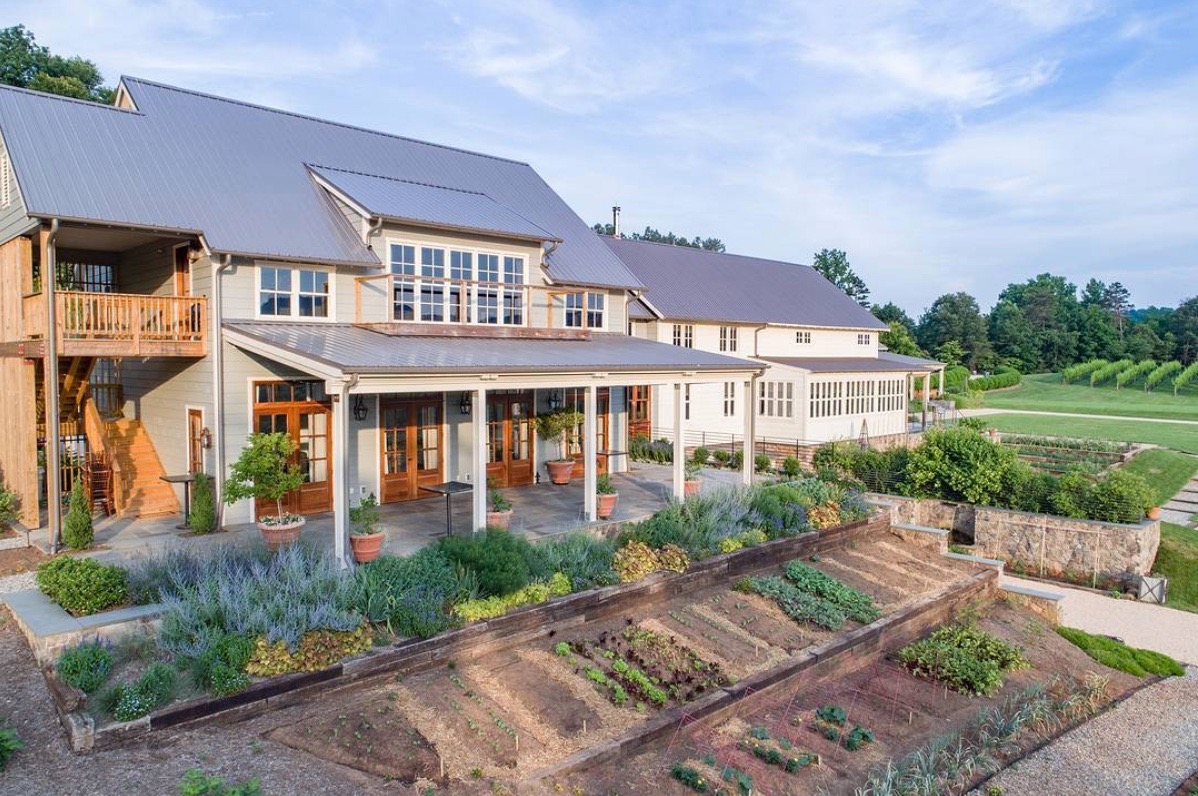 A Tour of the Garden

Burns explains that winter is the shortest of Pippin Hill’s four growing seasons, during which leafy greens including kale, cabbage, spinach and arugula are in full bloom. Central Virginia’s colder months, however, threaten to dry up or even freeze these crops if they are not harvested at the right time. Burns claims that early mornings are ideal for harvesting when the leaves are fully hydrated. To prepare the foliage for the kitchen’s use, Burns fills dishwasher bins with an ice bath in which the leafy greens soak to retain their crispness. They’re later removed, spun out, left to dry and weighed and labeled for Rynecki’s use.

When Burns isn’t busy trimming the garden beds or harvesting produce, she can often be found working on a seasonal project, like this winter’s three-bin compost system. Burns is dedicated to creating the perfect compost for her crops, claiming it as the key ingredient to any healthy garden, especially those she has added to Pippin Hill.

Burns began her garden expansion project in 2016 with the creation of a 70-foot garden bed. The massive bed harvests a variety of crops including Mara des Bois strawberries, a unique berry species that grows only six months of the year. She further expanded the gardens last winter with the stunning addition of 12, 6-by-16-foot raised garden beds near the property’s meadow garden. Since their composition, Burns has yielded seven varieties of peppers, cherry and Mountain Fresh tomatoes, asparagus, Delicata winter squash, pumpkins, ornamental gourds, potatoes, Brussels sprouts, zucchini, herbs, turnips and cabbage. She also tends to the boutique apple and pear orchard she introduced to Pippin Hill. The three varieties of apples and espaliered pears grown in the orchard are placed on a strict spraying cycle.

“It’s all about managing the calendar and hitting that magic window of the right soil temperature, the right perception and putting [the seed] in there just in time,” she says.

According to Burns, gardening is more than just planting seeds and harvesting crops, but cultivating an intimate relationship with nature. “Part of the beauty of my job that I love so much is being so closely connected with the seasons,” says Burns. “I’m aware of not just the weather, but the short days and the ideal germination of different seeds and different crops, [knowing] what’s going to do well, what’s not and when.”

She likes to share this knowledge with Pippin Hill visitors and offer informal garden tours. “A lot of times in the afternoons, I find garden work to do outside around the Tasting Room area where I can speak with customers,” says Burns. “People generally are very interested in gardens and inevitably come up to me and ask me questions.” 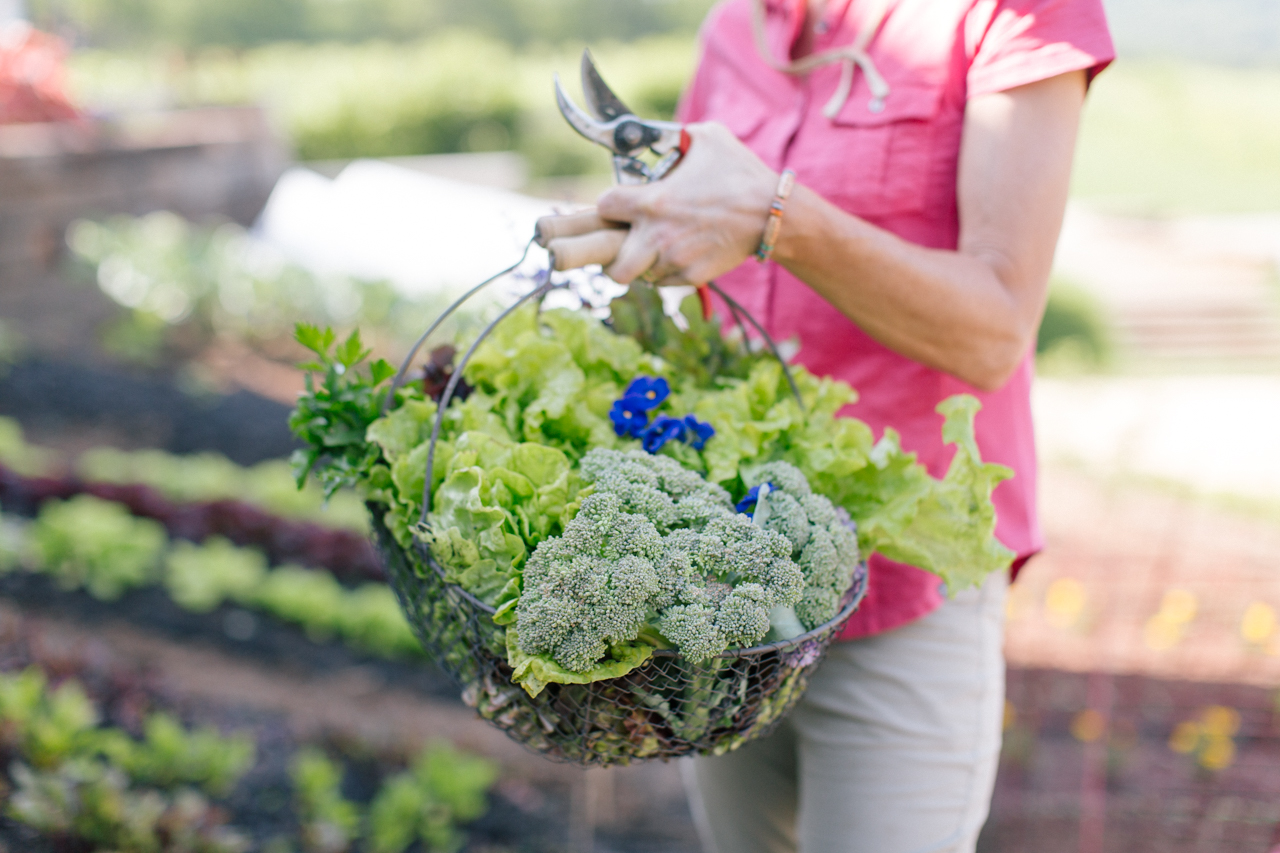 Burns’ desire to share her appreciation and knowledge of horticulture asserts her as a vehicle for the promotion of Virginia agritourism. Burns claims that agritourism is becoming a fairly large sector in Virginia’s economy. According to a 2015 study performed by Virginia Tech’s Virginia Cooperative Extension and the Virginia Tourism Corporation, agritourism stimulated a total of $2.2 billion in economic activity, proving that visits to farms and ranches for recreation or education are certainly gaining popularity. Burns states that with agriculture and tourism being amongst the top three industries in the state, the combination of the two just makes sense.

Pippin Hill strives to support the growing sector of agritourism as well. “We’re offering an opportunity for people to come here and bond over a glass of wine and some good food,” Burns explains. “We’re offering an educational opportunity here, with me being in the gardens and talking to people about what we’re growing, what we’re doing and educating people about where their food is coming from.” 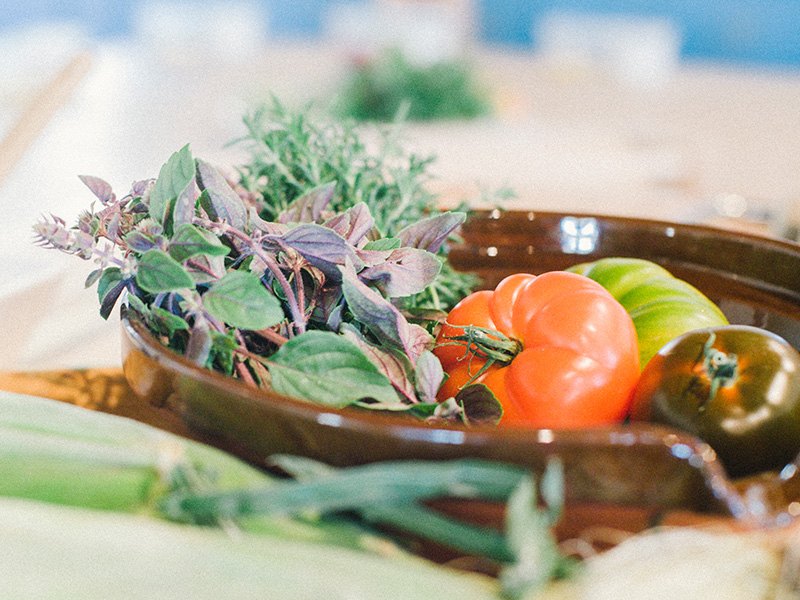 For autumnal crops that have yet to ripen before winter falls, Burns recommends harvesting them early and placing them in a brown paper bag with a tomato. Tomatoes release a ripening hormone called ethylene, which functions best in warm-temperature rooms between 65 and 70 degrees.

To learn more about the ever-growing Pippin Hill Farm & Vineyards, be sure to check out their website.