Virginia Continues To Get Tapped For Housing The East Coast Facilities Of Major Breweries—Refreshing News For Our Economy, Communities And Beer Lovers Alike

Imagine it: you’re moving across country and want to do something to get to know your new neighbors. So you plan a get-friendly party. A big party, set outdoors, with music, good food and an array of great craft beer.

Would you include stilt walkers, a fire twirler and be prepared to host 22,000 people? Would you turn the event into a fundraiser for local nonprofits?
That’s what Deschutes Brewery did last summer when it hosted a “street pub” in downtown Roanoke. The brewery, founded in Bend, Ore., was putting a stamp on its decision, announced earlier in the year, to build an East Coast production facility in Roanoke.

The street pub “had a 200-foot-long, double-sided bar,” says Angela Korish, Deschutes’ experimental marketing manager. The beers on tap included a lineup from Deschutes as well as brews from Roanoke-area craft breweries.

“It was pretty awesome,” says Roanoke-area resident Meagan Cupka, who volunteered at the event. “There were tons of people out having a good time.” The nonprofit where she works, Blue Ridge Land Conservancy, was one of nine nonprofits who shared in $81,000 raised at the event.

Those kinds of good feelings are washing all across Virginia now. In addition to Deschutes, three other major West Coast craft breweries have decided to open facilities in the commonwealth.

Green Flash, from San Diego, started making beer in its Virginia Beach outpost last year, but they knew they had made the right decision in choosing the location for its East Coast brewery long before that. “It was during the development phase,” says Green Flash’s COO, Chris Ross, “that I realized we made a really smart choice. This place is rocking.”

When Stone Brewing, founded in southern California, announced that it had decided to open a plant in Richmond’s Greater Fulton neighborhood, alongside the James River, lifelong Richmond resident Bryce Tyndall knew immediately that he wanted to be part of their team.

He’s been employed at Stone since the plant opened last year and remembers the day the tasting room opened. “We were pouring beer for lines of people.”

Ballast Point, like Green Flash, is from San Diego. Its Virginia facility will be in Botetourt County, not far from Flying Mouse Brewery, whose owner and brewer Frank Moeller is looking forward to when Ballast Point opens for business, likely later this year. “With more breweries in the area, we’ll all get more attention,” Moeller says. “It’ll help not just the craft beer industry, but a lot of other industries as well.”

That Virginia is quickly becoming a second home to so many West Coast breweries is due to a number of factors.

First, Americans are more than ever devoted to craft beer. According to the Brewers Association, craft beer now makes up 12 percent of all beer sales nationally by volume. Consumers are willing to pay more for craft beer, too—it accounts for 21 percent of all dollars spent on beer nationally.

Then there’s economics. Take, for example, Green Flash. It was founded and is headquartered in San Diego. Before it opened its Virginia Beach facility it was shipping its famous West Coast IPA and other beers to all 50 states. The cost of shipping across the country in refrigerated trucks—necessary to keep craft beer fresh—adds up, year after year. Investing in a brewery closer to its East Coast markets made financial sense.

The same economics apply to any brewery wanting to operate on a national scale. So too does the commitment to make the very best beers for consumers, a trait shared by all four of the West Coast breweries moving to Virginia.

“We have such a focus on quality,” says Ballast Point’s vice president of marketing Hilary Cocalis. “As demand for our beer on the East Coast has grown, it made sense to look into making it closer to our East Coast customers.”

Third, Virginia recently adopted legislation which helped it become an attractive location for breweries looking to expand to the East Coast. In 2012, Senate Bill 604 (SB 604) passed, permitting breweries in Virginia to sell and offer samples of beer from their production locations. Prior to the passage of SB 604, breweries only could sell their beer on-site if they also had an attached restaurant.

Green Flash almost didn’t open its East Coast facility in Virginia. It began searching for a mid-Atlantic location before 2012, and before the passage of SB 604 was close to settling on a site in North Carolina.

“Virginia’s where we wanted to be,” says Green Flash’s Ross. “But a tasting room is critical for us to be able to showcase ourselves to our customers.” Not being able to operate a tasting room was a deal-breaker.

Luckily, SB 604 passed before Green Flash made a final decision, and the brewery was glad to choose Virginia Beach. “We love this community,” Ross says. “It feels like San Diego—an outdoorsy beach community with a strong military presence and a good brewing scene. It’s got the vibe of people coming and going. It feels like home.”

Deschutes, the eighth largest craft brewery in the U.S. (in terms of beer sales volume, 2015 figures), also likes how its Virginia location has so many similarities to its founding location. “Both Roanoke and Bend have a lively outdoor culture,” says Deschutes’ Education Marketing Manager Erik Frank. “We took several years to search for our East Coast site because we wanted to make sure we found the right place. “We’re not just looking to open a factory,” he continues. “We’re all about being part of the community. The Roanoke community’s warm welcome to us has been fabulous.”

Southwest Virginia’s the-door-is-open culture was also evident to the team at Ballast Point. “The people are very friendly and welcoming,” says Cocalis. “We share a lot of the same spirit, including the love of good beer.”

Stone Brewing and Richmond are already experiencing the synergistic effects of a large national craft brewery settling in Virginia. “Having the brewery here,” says Stone’s Community Relations Manager Juliellen Sarver, “is really exciting. It’s brought a lot of people to this part of Richmond,” the Greater Fulton neighborhood.
Jane Ferrara, COO of Richmond’s Department of Economic & Community Development, acknowledged that the neighborhood has had a “painful history.” As part of a 1970s urban renewal program, Ferrara says, “People were displaced, their homes demolished.” The vision was to create a commercial development, but that never happened—until the arrival of Stone.

Today, just blocks from the James River, Stone’s 213,000-square-foot, LEED-certified brewery is in its second calendar year of producing beer. Dozens of local residents work at the plant. Numerous local and area businesses have benefitted from Stone’s presence, from craft workers who supplied items such as custom doors and hand-forged metalwork door hardware, to larger companies that supply Stone’s significant glass and cardboard packaging needs.

Last year (not a complete year of production, as the plant opened mid-year), Stone shipped 61,000 barrels of beer out of its Richmond facility. One of the beers was a collaborative creation involving Stone and two other Richmond breweries—Ardent Craft Ales and Hardywood Park Craft Brewery. Gov. Terry McAuliffe also helped in the development of the beer, which was sold in 14 states and named Give Me Stout or Give Me Death, in honor of the closing line of Patrick Henry’s 1775 speech made in Richmond’s St. John’s Church.

This February, a second collaboration from the three breweries and McAuliffe was released and distributed to all 50 states: Give Me IPA or Give Me Death. The IPA was made in part with local grain as well as Virginia-grown raspberries, blackberries and hops.

David Goode, of Piedmont Hops in Moseley, helped organized the collection and delivery of hops from a number of Virginia hop producers to Stone. “Stone has come to the farm, visited the hop yard,” Goode says. “They’ve done a good job of being involved in the community.”

Ardent Craft Ales Co-Owner and Director of Operations Tom Sullivan agrees. “They have been a wonderful addition to the Richmond beer scene,” he says.

Every day, a member of Stone’s team of brewers climbs to the top of the brewery facility to perform inspections. From the top of the building, the skyline of downtown Richmond is easily visible.

Also visible is the spot where Stone will open the Richmond branch of its World Bistro & Gardens, where Stone’s beers will be served on tap in a restaurant setting. The restaurant will be in a 1937 building which originally served as a sugar warehouse for Richmond’s tobacco industry.

“We’re excited about what’s coming to the area,” says Ferrara, of Richmond’s Department of Economic & Community Development. “We’ve had companies move to the city because of Stone. What we really appreciate about Stone is they were not just a company looking for a piece of real estate. They were looking for a new home, looking to make a difference to the community.”

In Virginia Beach, Green Flash built a brewery as identical to its San Diego facility as possible, with the idea that using the same setup would help ensure that beer made in Virginia will taste just like beer made in San Diego. Both breweries are capable of producing 100,000 barrels per year. Equipment of the same type and size are used in both locations.

One difference between the two locations is the quality of water. “The water in Virginia is better than in San Diego,” says Green Flash’s Ross.

Another difference is the Virginia Beach brewery has more room for customer amenities, such as a one-acre beer garden with bocce ball court and fire pits. It also has more parking than the original San Diego location.

Pete Eshelman, through his work at the Roanoke Regional Partnership, a regional economic development organization, has been involved with the decisions of both Deschutes and Ballast Point to build facilities in the Roanoke area.

“Having them come here, it’s more than just having a brewery,” he says. “It shows you the vitality of the community, shows you that our community is a community where businesses want to be.

“All four of the breweries that are moving to Virginia are just phenomenal. We’re looking forward to seeing what it translates into, what’s next.” 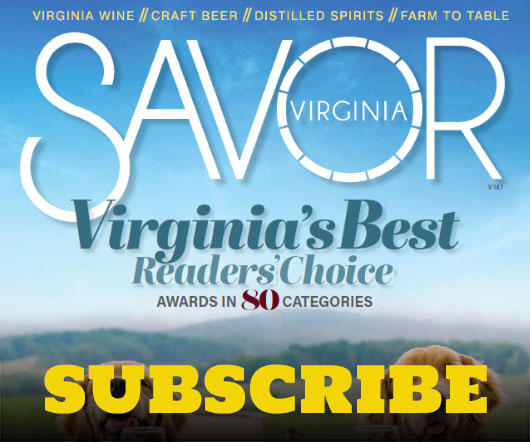